US Election: Can Trump Reverse the Vote Results? 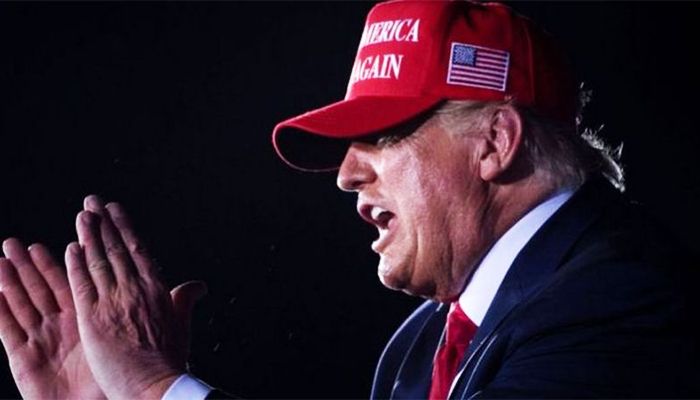 Donald Trump made it clear on social media on Sunday that he does not accept the election results. He expressed surprise at how Joe Biden had begun the work of forming his cabinet.

In a post on his Facebook page, Mr. Trump wrote, “Why did Joe Biden quickly start forming his cabinet when my investigators found millions of fake vets? If these fraudulent votes are canceled, the results of the four states will be reversed, and the results of the elections will also be reversed. Hopefully, the courts and elected representatives will show their courage in defending our electoral process and the credibility of the United States as a country. The world is watching !!! "

More than two weeks after Joe Biden was declared the winner, Donald Trump and his close associates show no signs of accepting the results. But will he be able to reverse the result? Does he really have an infallible strategy?

There are no signs yet that he will be able to do something unprecedented. On the contrary, the allegations that his lawyers are taking to the courts are not getting much water.

Also on Saturday, a Pennsylvania court dismissed a case involving millions of postal vote frauds in the state for lack of sufficient evidence. The judge sharply reprimanded Mr. Trump's lawyers for bringing that case into his case without sufficient evidence.

Georgia's state election authorities have certified the results after Joe Biden received more than 12,000 votes after a recount.

The BBC's Anthony Zurker in the US says it looks like Mr Trump is now pursuing a long-term political strategy rather than a legal battle.

Step-by-step guide to that strategy of Trump

What he hopes Donald Trump can do is:

One. Try to block the vote certification process as much as possible with law enforcement or Republican elected or supportive officials at the state level.

Three. After that, the legislatures of those states will give their electoral college votes to Mr. Trump on December 14, not to Joe Biden. -

Four. Through the legislatures of all these Republican-controlled states (such as Wisconsin, Pennsylvania, Michigan), Mr. Trump will pull his current 232 electoral votes to 269 votes to tie the knot with Joe Biden.

What is Donald Trump doing to make all this happen?

At the state level, those who will make the final decision on the results, that is, certify the results, are putting pressure on Mr. Trump.

Voters in the presidential election actually vote to elect the number of electoral college representatives assigned to their state. These delegates were re-elected president on 14 December.

President Trump is now pushing for a change.

The first indication of the pressure he is trying to exert on Republican-controlled states comes when he telephoned Republican Party election officials in Detroit, Michigan's largest city. It is rare for a US president to call two low-level election officials at the state level.

It may be recalled that the two officials decided to close the polls in Detroit on election day but later reversed their decision. The hint became even clearer when Republican leaders in the Michigan legislature called Mr. White House on Friday. Trump and they have accepted that invitation.

In addition to putting pressure on Republicans in state legislatures to reconsider and even change the outcome of the vote, he is reportedly looking at other ways.

At the state level, certifying the results of a joint vote by the two parties is a casual event in the US election, but Mr. Trump has now begun to try to change that.

But the question is, will Mr. Trump succeed?

The BBC's Anthony Zurker thinks the chances of success are slim, but not impossible at once.

First of all, Mr. Trump will have to reverse the results in a few states where Mr. Biden won by more than a few thousand to a million votes. It is true that this election was not the election of 2000 where only one state - Florida - was in control of the results.

Also, the governors of the states that Trump's lawyers have targeted - Michigan, Wisconsin, Pennsylvania and Nevada - are Democrats. They will not sit still. Michigan Governor Gretchen Whitmer, for example, has the power to change the state's electoral board to bring in someone who is willing to certify the results.

Moreover, the representatives that Republican members of the legislature will nominate to vote in the Electoral College, the governor may nominate a pro-Biden representative of his choice. In that case, it will be up to the Congress to decide who is the legitimate electoral college representative.

But that doesn't mean Joe Biden's supporters aren't worried. But the chances of Mr. Trump staying in power by reversing the results are as high as the chances of a person being struck by lightning and winning a million dollars in the lottery.

But even then, many Democrats are sweating in the cold, thinking of that rare possibility.

Trump has broken one tradition of presidential behavior in the United States over the past four years. He is unlikely to change at the end of his term.

Attempts to put pressure on election officials or members of the Assembly at the state level are unprecedented or controversial, but they are not illegal. Early in America's electoral political history, members of the state legislature had a lot of power to make electoral decisions. Moreover, there is no obligation in the US Constitution that they have to vote in the Electoral College considering the popular vote.

If President Trump can persuade a legislature to ignore the popular vote, Democrats will surely go to court. However, the interpretation of state and central law in this regard is also very vague.

Has anyone tried this before?

The last time Al Gore and George W. Bush competed was in 2000, but it was in one state and the voting gap was only a few hundred. In the end, the Supreme Court re-examined the results and ruled in favor of Mr. Bush.

But to find an example of controversy over the results of multiple states, one has to look at the voting battle between Republican Rutherford Hayes and Democrat Samuel Tildon in the 18th election. Three states - Louisiana, South Carolina and Florida - disagreed on the results, with no candidate failing to secure a majority in the Electoral College vote. The responsibility for determining the outcome rests with the lower house of parliament, the House of Representatives, which voted for the Republican nominee, although Mr. Hayes lagged behind the opposition in popular votes such as Mr. Bush in 2000 and Mr. Trump in 2016.

What could happen to Mr. Trump if he refuses to relinquish power?

If Mr. Trump fails to reverse the election results, Joe Biden will be sworn in as the 46th President of the United States on January 20 at 12 noon. Whether President Trump admits defeat or not, it will.

At this point, intelligence agencies and the U.S. military will be able to ignore the former president. "Even if President Trump does not succeed in his endeavor, this unprecedented act of denying the election results will set an example for future American elections.

Already, a poll has found that many Americans have lost faith in the US democratic system and institutions.