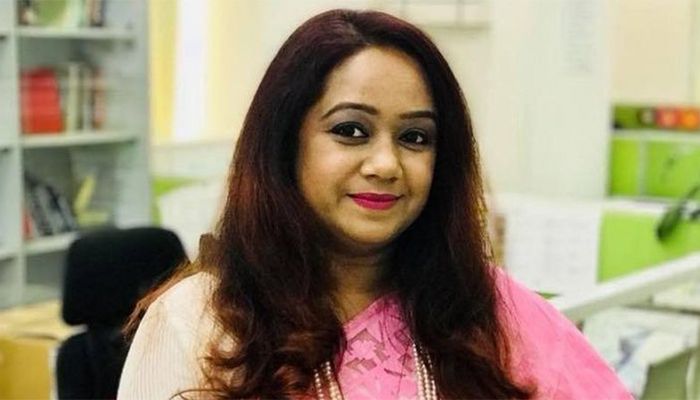 ﻿Sanjida Islam of Bangladesh has formed an organization with the families whose family members have been taken away by the law enforcement agencies. With them he is running a program to bring back family members.

Sanjida Islam named her organization Mother's Call. She himself is the coordinator of this organization.

Miz Islam's brother Sajedul Islam Sumon was picked up from Bashundhara residential area of ​​Dhaka on December 4, 2013 in the name of law enforcement.

Sajedul Islam Sumon was the general secretary of the then BNP's 36th ward (now 25th ward). No trace of him has been found since then.

The rest of the families, including the family of the missing Sajedul Islam Sumon, have been picked up by the members of the law enforcement agencies. However, these allegations have always been denied by the government, the police or the RAB.

In an interview with BBC Bangla, Ms Islam said, "When my own brother went missing, we began to realize the events. Many incidents took place during that time, where disappearances took place. They were not returned to their families later.

To campaign on this issue, the families of the victims of the disappearance have come together under the banner of 'Mother's Call'. 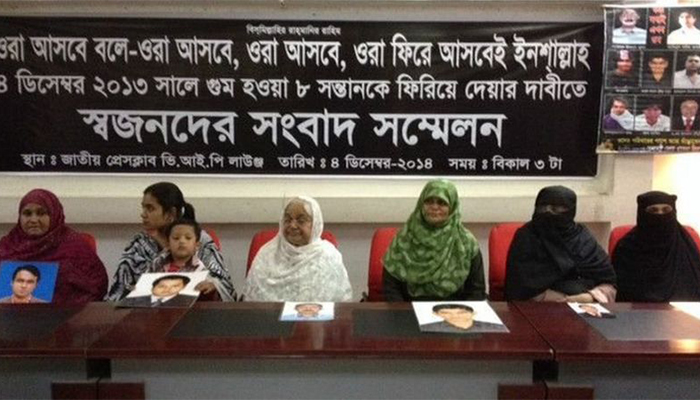 Ms. Islam says, "The purpose of our organization is to highlight the cries of the mothers of the missing families."

These families are trying to take the steps that should be taken at the administrative level, starting from the writ in the High Court to the official steps.

"We have information that 552 people have gone missing so far. But it will actually be more. Because there are a lot of families who may not be well educated, they are collecting information, they can come forward and say, ”says Sanjida Islam.

'I am afraid of life'

Many people in Bangladesh do not want to talk about these things now. How vocal are they able to work on this?

Ms Islam says, "It's not that I'm not afraid. Everyone is afraid of life. But when I know that my own brother or a member of our family has been taken away by law enforcement, we have to do it to save our lives. Then there is no more fear.

From whom is the obstacle coming?

Sanjida Islam says, “We get obstacles from the law enforcement. Moreover, there are obstacles from the local administration. If we go to a campaign, it is often seen that they do not allow. I have even done many such programs, which have not been publicized in the electronic media. He was not allowed to stand in the press club.

"My brother is missing, but the police have come from the police station to look for my brother. Where is Sumon?" Where they should find him as an ordinary citizen of the country, whereas they have come to arrest him. This has happened three or four times. "

Nur Khan, a director of the human rights organization Ain O Salish Kendra, told BBC Bangla earlier that the fate of most of the more than 300 people who have gone missing in the last eight years is not yet known.

The government's statement on this issue did not change later.

How much support is being received in this movement?

Sanjida Islam says they believe the movement has the support of ordinary people.

Ms Islam says, "I think the common people are definitely supporting. Because we have no political aspect here. We are neither the government nor the opposition. It actually puts a human appeal to everyone. I think everyone is with us. "

What are the benefits of the movement?

Sanjida Islam, coordinator of the mother's postal organization, believes that all those who went missing like her brother will return.

"Some people are missing, but some are coming back."

Citing the example of former ambassador Maruf Zaman, who returned 15 months later, he said, "There are many more who have been returned or released. We hope there. Let us know where our family members are. "

What is being said on behalf of the government?

Although allegations of disappearances have been made against law enforcement agencies in Bangladesh, these allegations have been denied by these forces and the government.

On the contrary, the government has said that the law enforcement agencies are continuing their efforts to find the missing persons.