How Scientists Caught the Mutation of Coronavirus? 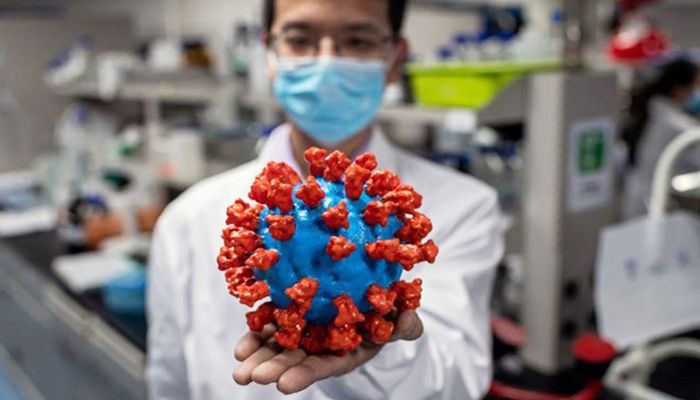 ﻿From the beginning of the epidemic, scientists have been monitoring the genetic makeup of the coronavirus.

All viruses are mutations, meaning they constantly change on their own. It is common to see one or two changes every month.

Often these mutations have little or no effect on the behavior of the virus, or even if they do, they are negligible.

University College London. Lucy Van Dorp is an expert in the evolution of pathogens in the human body.

"Most of the time these are unimportant, and with the exception of a very rare case, it's nothing harmful. Most of the mutations we've seen in the SARS-Cove-Two's genome don't change the behavior of the virus."

The first coronavirus outbreak in China in December last year has changed at least 16 times.

The coronavirus always changes itself to survive

But in a couple of cases, the virus causes a couple of mutations that have a positive effect on their survival and reproductive capacity.

Viruses that carry such mutations then multiply by natural selection - if the preconditions for the spread of the epidemic are favorable, "said Dr. Van Dorp.

The mutation in the coronavirus that has spread from the United Kingdom and is now making waves around the world is called B.1.1.7 or VUI-202012/01 - and it has an 80 percent higher transmission potential than other species. It is now spreading at an unusually fast pace.

Of particular concern is the fact that the mutations in the proteins of the thorny spikes on the coronavirus are caused by these mutations to make it easier for it to enter human cells.

This new type of coronavirus has 14 mutations, a mutation in the protein-making component amino acids - and the World Health Organization says it may have some effect on the virus's ability to spread rapidly.

These mutations were known to scientists before, but not in such detail.

. A mutation in the spike protein called Nfive Zero One was previously reported but may now have undergone some significant evolution.

. Some genetic signals have been omitted during this mutation - which was previously observed in a hairy creature called mink in the Netherlands.

Expensive coats are made from the hairy skin of these animals, and this mink is commercially produced on the farm.

It has also been found in patients with weakened immune systems - where the virus can stay for months before symptoms appear.

Scientists speculate that an idea of ​​how the new variant evolved may be found here.

The virus may have been safe for months in patients with weakened immune systems, and that is where the mutations occur.

David Robertson, a Cogg-UK scientist and professor at the University of Glasgow, says: "The way we think about it now is that so many mutations have evolved in the context of long-term transmission."

Does it have anything to do with Mink?

"There is no evidence that mink or any other creature was involved, but this possibility should not be ruled out," said Professor Robertson.

How is this new type of virus identified?

This new strain of coronavirus has been identified in the UK but may have been spreading outside the UK long before that.

It may even have originated outside the UK.

But scientists say it has been identified in the United Kingdom because the scientific infrastructure for surveillance of the coronavirus there is extremely strong.

Named the Cogg-UK or "Covid-19 Genomics Consortium", it preserves the genetic history of more than 1.5 million SARS-Cov-2-Virus samples. More than half of the world's genetic sequences are stored here.

That's why if there's a new mutation in the coronavirus, the small changes that occur in it are the most likely to catch the eye of Cog-UK scientists.

In February-March of this year, when the coronavirus was spreading in the UK, these scientists found that the virus was coming to Britain, mainly from Europe, and not from China.

This intelligence is very important to understand how the coronavirus is spreading.

And that's why in countries that are genomically sequencing the coronavirus, any new mutations are being detected - such as South Africa, Denmark and the Netherlands.

The United Kingdom is not the only country where this new form of coronavirus has been found.

It has already been found in Italy, Iceland, Denmark and the Netherlands in Europe. Also found in Australia.

In addition, since the new mutation was detected in the United Kingdom in September, it may have reached some other countries in the course of human travel - but it has not been identified yet.

A new form of coronavirus has also been found in South Africa - which may not be exactly the same, but almost identical.

A mutation is spreading among young people in South Africa

South African authorities have already launched an investigation into a new version of the coronavirus in collaboration with the World Health Organization.

It is called Five Zero One V-Two (501.V2) and is identified by a team from a research institute called KwaZulu-Natal Research Innovation and Sequencing Platform or CRISP.

The virus is already spreading widely in various parts of South Africa, especially as newer forms of the coronavirus are infecting more young people than ever before.

That being said, there are some similarities between the mutations that have occurred in the UK - but not exactly the same.

But in South Africa, the Five Zero One V-2 has now become the main variant of the coronavirus. This new type of coronavirus has replaced the previous ones in London and Essex counties in the south of Britain.

These are suspected to be spreading more than ever before, but not much is clear yet.

The virus, which evolved in South Africa, has also reached Britain

The UK's health minister said on Wednesday that another new version of the coronavirus had been identified in the UK - two people who had gone to South Africa.

This variant can be easily spread from person to person.

Travel to South Africa has since been restricted and those who have been there for the past 15 days have been told to go to quarantine immediately.

This particular variant is already spreading widely in South Africa. It is similar to the virus that has spread to the south-east of the United Kingdom, but they have evolved differently.

Both viruses have a common mutation called N5 Zero One Y - which plays an active role in infecting human cells.

A big question is the effectiveness of the ticker

But since Chinese researchers unveiled the genome sequence of the first coronavirus in January, there has been a widespread exchange of information among scientists around the world.

So far, scientists have created more than two and a half million SARS-Cove-to-Genome sequences around the world.

This has made it possible for mutations to spread so quickly in the UK as a cause for concern.

The main question is whether these new types of coronavirus mutations will have any effect on the effectiveness of the coronavirus vaccines discovered so far.

Most experts say the new mutation is unlikely to reduce the effectiveness of the vaccine - at least not in the short term.

However, Dr. Van Dorp says the question will become more important to scientists in the coming days.