KSA to Resolve Dispute by Opening Border with Qatar 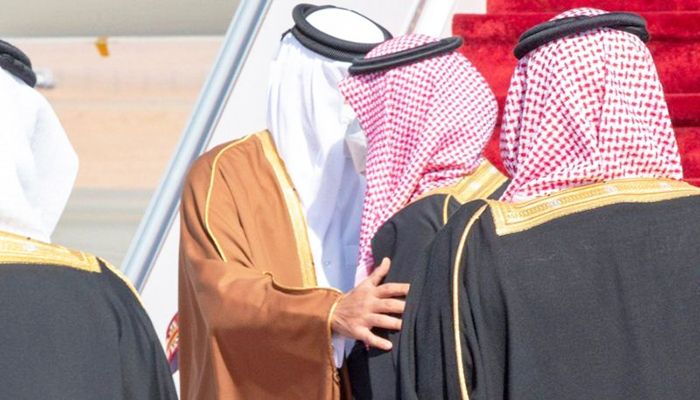 The Kuwaiti government says Saudi Arabia has agreed to reopen it's land and sea borders with Qatar. This marks the end of a long-running feud between the two Gulf states.

A summit of Gulf countries is being held in Saudi Arabia tomorrow, Tuesday. It is learned that this important diplomatic agreement has already been reached.

Leaders of the Gulf states have arrived in Saudi Arabia to attend the conference.

At the summit, Saudi Arabia is expected to lift sanctions imposed on Qatar three years ago.

Last night (Monday) Saudi Arabia opened its border with neighboring Qatar and a senior US official said an agreement would be signed to end the rift between the two countries.

Three-and-a-half years ago, Saudi Arabia, the United Arab Emirates, Bahrain and Egypt severed ties with Qatar over allegations that Qatar was aiding terrorists.

Qatar denies the allegations and rejects the claims made by these countries to Qatar at the start of the crisis. These demands included limiting diplomatic relations with Iran and shutting down the Doha-based Al Jazeera network.

In recent months, the United States has stepped up pressure on Saudi Arabia to resolve the dispute. They insisted that solidarity among the Gulf states was needed to keep Iran at bay.

Although Qatar is a very small country, it is a very rich Gulf state. They have denied allegations of supporting jihadist activities from the outset.

When four neighboring countries imposed economic and diplomatic sanctions on Qatar in June 2017, Qatar described it as a "blockade" and the US government increased pressure on Saudi Arabia to resolve the issue.

For months, Kuwait has patiently pursued diplomatic efforts to lift the embargo on Qatar. But in the final stages of the Trump administration, the White House has stepped up pressure on Saudi Arabia on an emergency basis.

The three-and-a-half-year "blockade" has severely damaged Qatar's economy and at the same time undermined the unity of the Gulf states.

Now that the ban has been lifted, Qatar will not soon forget the way its Gulf Arab neighbors stabbed them in the back.

But apart from these diplomatic rhetoric, the UAE in particular does not think that Qatar will actually change their attitude and path. Qatar denies allegations of supporting terrorist activity. But Qatar supports Islamist political movements in Gaza, Libya and elsewhere. In particular, the international movement of the Muslim Brotherhood, a movement that the UAE considers a threat to the very existence of their monarchy.

Meanwhile, what has happened as a result of this blockade is that Qatar has become ideologically closer to Saudi Arabia's two enemies, Iran and Turkey.

A few days later Yemen, Libya and Maldives joined these countries. After the blockade of air, sea and land, Qatar was asked to make 13 demands, including severing ties with "terrorist groups", limiting ties with Iran and shutting down Al Jazeera television.

One of their demands to Qatar was to sever all ties with the Muslim Brotherhood, Hamas, other Islamist groups and Iranian-backed militias.

But Qatar denies allegations that it supports jihadist activities and refuses to meet those conditions. As a result, they imposed economic and diplomatic sanctions on Qatar.

Prior to the blockade, 80 percent of Qatar's imports came from those four Arab countries. As a result, Qatar has suffered huge trade-offs and has had to import alternative food through Turkey and Iran to keep its economy afloat.

How did this compromise happen?

The long-running mediation under Kuwait's leadership did not show any sign of progress until just a few days ago. But in the last few months, there have been signs of progress in resolving the dispute.

Saudi Crown Prince Mohammed bin Salman said on Monday that the summit was aimed at "building unity and solidarity in tackling challenges in our region," according to the Saudi state news agency.

According to the BBC's chief international affairs correspondent Lis Dusset, a source close to the conference said the decision to open airspace and open land and sea borders with Qatar was aimed at building confidence in the emir's presence at the conference.

When the ban was imposed in 2016, the Emir of Qatar said he would not travel to countries whose doors were closed to Qatari nationals.

The Wall Street Journal quoted a senior Trump administration official as saying, "This agreement is one of the biggest advances so far."

"This does not mean that the two countries will now become great friends of each other or that a huge heart will develop between them, but it does mean that they will be able to work together."