What Law Says about Rights of the Arrested and Accused 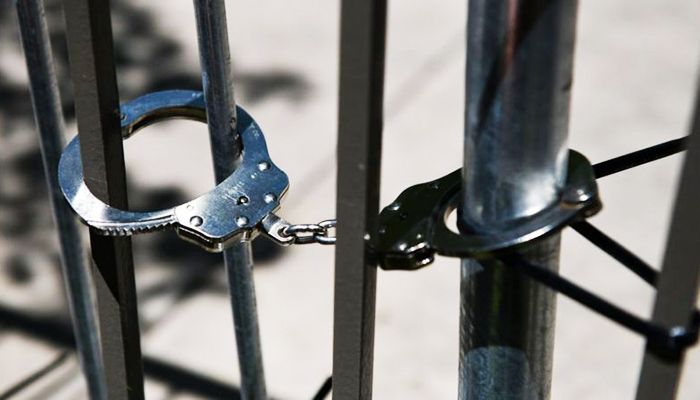 The mother of a man, arrested for allegedly raping and killing a student at an English medium school in Dhaka, Bangladesh, has requested in an email to the media not to identify her son as a rapist or murderer before the trial.

It is often seen in Bangladesh that in the case of a very popular crime, the name of the father of the accused person and even the detailed address are published in the media.

On the other hand, the law enforcement forces often write the words murderer, rapist, robber, or snatcher and hang them around the neck of the arrested person and present it in front of the journalists.

Nina Goswami, a human rights activist and deputy director of the Law and Arbitration Center, said the accused had no chance to defend himself if he was identified as a criminal before the trial began.

"If a person is arrested, he has the right to defend himself. This is his human right. He can do that when the trial begins," he said.

"In the intervening period before him, it is often seen that he is convicted and given various tags. But at that time he cannot defend himself because the trial has not started so he does not have a chance to say anything then."

Rights and laws of the accused

The name and picture of an English medium school student in Dhaka who has been accused of rape and murder have been published in the media, which is a punishable offense in Bangladesh. Later, however, the picture was removed.

But it has become the culture of Bangladesh to arrest and present the accused as a criminal even before the trial process starts.

Due to the so-called media trial, the accused were identified as guilty before the trial.

Supreme Court lawyer Khurshid Alam said, "As far as I know, there is no specific law. Only the Women and Child Abuse Prevention Act has some provisions. But before this law, there are several judgments of the High Court Division."

"If a child is an accused in a case, he cannot be called an accused. If he is a woman, his picture and name cannot be published," it said.

"There are also High Court judgments that there are strict guidelines for the media to conduct trials and for the police to present them. But the problem is that they are not being monitored."

Pressure on the family of the accused

Kaberi Gain, a professor of mass communication and journalism at Dhaka University, says the way the media portrays the accused often puts pressure on the accused's family and relatives.

She said, "It is often seen that there is a lot of provocative reporting. The manner in which the accused's family is dragged out, the language used is not desirable.

"As I remember many days ago, how everyone convicted Khuku for Rima's murder, look at Minni's case. How much more was sensationalized in the case of Ershad Sikder. One of the accused has family and relatives. They are also victims of harassment."

Fear of impact on justice

It is also difficult to talk about the rights of the accused in the context of the kind of public opinion that is created in the media and on social media in the case of high-profile, high-profile crimes.

There are also instances in Bangladesh where no lawyer has agreed to stand for the accused.

Nina Goswami says this could hamper the judicial process.