Why Can't Women Be Marriage Registrars? 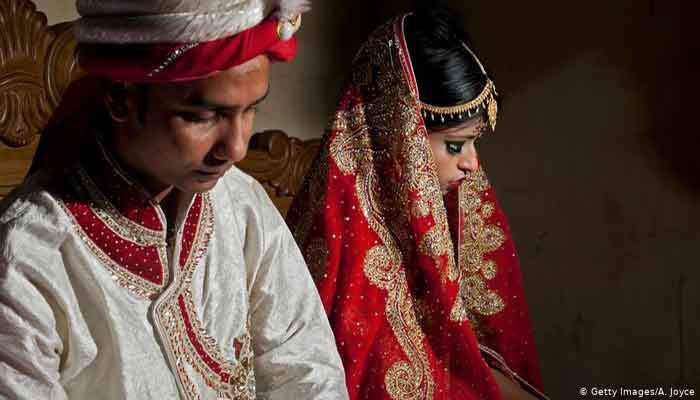 ﻿Controversy has erupted in Bangladesh over the High Court's disqualification of women from registering Muslim marriages. The question arises, whether the job of the marriage registrar is to officiate a marriage. And is it compulsory to officiate marriage in the mosque?

Ayesha Siddique Fazil graduate of Fulbaria Municipality of Dinajpur. She applied for the post of marriage registrar in accordance with the rules and also appeared in the exam. In the test, she stood first. But the way to becoming her marriage register was blocked by the court. For now, it is being said that the High Court is not the last court. Then there is the Appellate Division. Meanwhile, an appeal has been filed against the verdict.

1. Must have at least Alim Certificate from any government recognized University or Madrasa registered with Madras Board.

3. Must be a resident of the area concerned

Ayesha Siddiqui has these three qualifications. Even then, being a woman, first the Ministry and later the High Court said that considering the situation in Bangladesh, women cannot be marriage registrars.

According to Ayesha Siddiqui, "Nowhere is it said that one has to be a man to be a marriage registrar. Besides I am Fazil pass and am also one step above Alim. "Then why can't I?" and "What they are saying is not language of the law," he said.

This writ started in 2014. The full verdict was released on Sunday after the High Court dismissed the writ petition. The verdict of Justice Jubayer Rahman Chowdhury and Justice Kazi Jinat Haque said, "Women are in physical disqualification for a certain period of the month. Besides Islamic marriage is a religious ceremony and in our country, most marriages are officiated in mosques. At that time women cannot enter the mosque and they cannot offer prayers even. Therefore, since marriage is a religious ceremony, in view of this reality, it is not possible to perform the duty of a marriage registrar with women in Bangladesh. As a result, women cannot be marriage registrars.

Ayesha Siddique said, "My job is not to officiate marriage. Most marriages take place in mosques in Bangladesh, this is also not true. some marriages may take place In that case, I could have sent a male Maulana if necessary to teach marriage. "

"As a woman, I can't accept the words told about my physical disability," she said. When a woman can be prime minister, pilot. Then why can't I be a marriage registrar. "

His lawyer Advocate Humayun Kabir said the same thing "We have been asked by the court to show whether there are female marriage registrars in other Muslim countries," he said We could not give that example to the court then But the court is looking at teaching Muslim marriage and registration as one But registration is after marriage, with marriage information Marriage can be taught by anyone else. "

An appeal has been lodged against this order. Advocate Fawzia Karim, chairman of the Foundation for Law and Development, has joined the appeal. "We have appealed against the court's decision," he said, The law specifies the qualifications and functions of the marriage registrar. She will register the marriage, will take the signature. So in the case of divorce, they have no religious work. And the word Kazi is not in the law. The registrar says Kazi is the judge. If there is a judge, we have many women judges. "

"It's a misconception to get married in a mosque," she said. The wedding is at the ceremony. And it is not an argument that women cannot go to the mosque in the special physical condition and they cannot be the registrar of marriages. If there are many more male Maulanas with Qazis, they will go and get married if necessary. We will raise many more issues in the appeal. "

There is no such provision. Some people get married in the mosque in the hope of more rewards. But in our country, most marriages are conducted outside the mosque, at home, in the community center, or in the Kazi office. "

He said, there is a separate house for marriage in Kazi office. Many brought Maulana themselves, got married to him and registered us here. According to her, the law does not prevent any woman from becoming a marriage registrar. Usually men are the registrars of marriages. However, no woman here in Bangladesh has been given a marriage registrar's license.