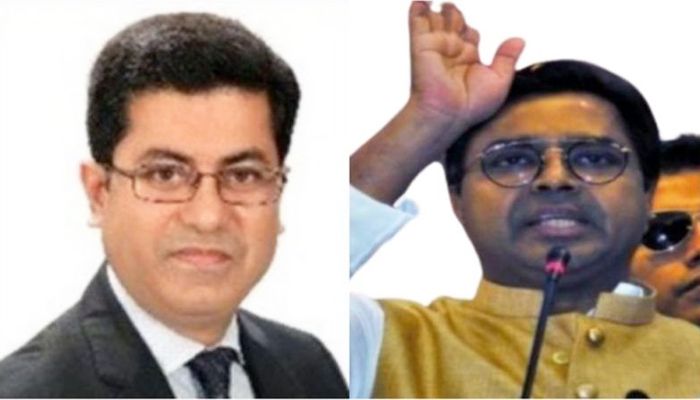 ﻿﻿Many party leaders say the way the conflict between the current and former mayor of Dhaka South has become public in the midst of controversy over various statements by Abdul Quader Mirza, younger brother of the ruling Awami League's general secretary, has embarrassed the party and the government.

Senior Awami League leader and minister Dr Abdur Razzak told the BBC the incidents were not a good sign for them.

He mentioned that their leadership is taking the issue very seriously.

Many of the party's grassroots leaders and activists think that such conflicts are coming out of personal interest and for this, they have to face many questions in the field.

'Many MPs will not find a way to escape'

Awami League mayoral candidate Abdul Quader Mirza's statement in Noakhali's Basurhat municipality election, which went viral on social media, said that if the election is fair, their other MPs will not find a way to escape except for three or four seats.

Mr. Mirza's remarks were not just about criticism from his own party MPs.

He is the younger brother of the Central General Secretary of the Awami League. So his statement caused a great deal of controversy.

Meanwhile, another incident took place in the capital.

Sheikh Fazle Noor Taposh, the current mayor of Dhaka South City Corporation, and Saeed Khokon, the former mayor, have accused each other of corruption.

They also threatened to sue each other.

Various discussions are going on within the Awami League about such a situation.

'Not good signs, they will be stopped'

However, he said, they are attaching great importance to the allegations of corruption and open conflict between the current and former mayors of Dhaka.

"Dhaka is the capital of Bangladesh. Everything is centered around Dhaka. So the conflict between the mayor of Dhaka and the former mayor. We are looking at it very seriously and thinking about it. It is not a good sign for us, the party must take it seriously," said Dr Razzak.

He added, "They will definitely be restrained. No matter what they say, party discipline should be observed so that the image of the party and the government is not tarnished."

Several other senior Awami League leaders said their party had asked the current and former mayors of Dhaka South not to get involved in the conflict.

In that context, two defamation cases were filed against Saeed Khokon. On Tuesday, Sheikh Fazle Nur Taposh denied any involvement in the case. He said two very enthusiastic lawyers have filed two cases. He called for their case to be dropped.

Saeed Khokon told the BBC that since the case was being withdrawn, he felt the problem was being resolved.

However, Abdul Quader Mirza, who is still in talks with the Awami League leaders in the election and the Noakhali region, said he was not told anything by the party. He will continue his ‘truth’ statement.

However, the grassroots leaders of the party think that the incidents are embarrassing the Awami League.

Syeda Shamsunnahar, a local Awami League leader from Rajshahi, a divisional town in the north, said they were facing various questions on the ground.

"Both the current and former mayors of Dhaka are influential. As a result, the conflict that is going on now embarrasses us on the field. Opponents humiliate us and we have to face many questions."

Talking to several Awami League leaders and activists in several other districts of the country such as Bogra, Jessore, Sylhet, Chittagong, they also said that the conflict of interest was going on openly and this situation was having a negative impact on the image of their party and government.

Many of the party's middle-ranking leaders also seem to see the situation in the same way.

However, Meher Afroz Chumki, a former minister and a central leader of the Awami League, said that the incidents that have come to light will be brought under control soon.

At the same time, he says, he doesn't see things as big issues.

"Even in a long-term family, there may be minor misgivings or misconceptions. But not everything that has become public has become random. But it certainly needs to be controlled."

"Because if they throw mud at themselves, they will say it as a group or individually, it will not be good in any way," he commented.

Meanwhile, on condition of anonymity, several central leaders of the Awami League have said that their government has been in power for 12 consecutive years and in this long period, there may be conflicts due to some 'not found' questions and personal interests at various levels. Discussions between them could be even more damaging if they occur in different places.