Where Is Confiscated Money Kept in Bangladesh, How Is It Spent? 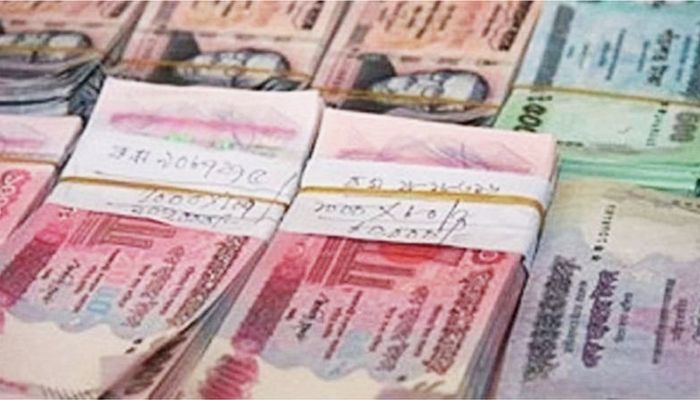 The Bangladesh Anti-Corruption Commission (AACC) said on Tuesday that Tk 960 crore was seized from four companies owned by PK Haldar, accused of embezzlement and corruption.

Earlier in the day, law enforcement officials said they had seized a large amount of money in the process of cracking down on corruption and casinos and taking legal action against some other crimes.

It has also been reported at various times that the money of individuals or organizations involved in crimes like illicit income, corruption or money laundering is also confiscated.

But what is the reason that this money is confiscated?

And in the end where is the destination of the seized money?

The reasons for the seizure of money

No one has a detailed picture of the actual amount of money seized in Bangladesh.

Several government agencies are working on the issue, and so there is no combined information available, officials said.

Citing information presented in the High Court, Khurshid Alam Khan, chief lawyer of the Anti-Corruption Commission, told BBC Bangla that the ACC has Rs 600 to 700 crore in cash and assets seized by 2020.

Generally speaking, the cash or money in the bank from any person or organization can be confiscated by the law enforcement agencies of Bangladesh or the Anti-Corruption Commission.

In that case there must be some formal complaint against that person or organization.

Concerned parties say that the money may be confiscated after filing a case for illegal activities, while in some cases the money is confiscated during the operation even before the case is filed.

But in the second case the case must be filed as soon as the money is confiscated.

Khurshid Alam Khan said that according to the law, money of any person or organization is confiscated if such allegations are found - usually out of known sources of income, suspicious transactions, corruption and money laundering.

"If the ACC receives a complaint of suspicious transactions or bribery even before filing a case in the interest of an investigation, it can seize it. And even after filing a case."

The Financial Intelligence Unit can seize the money for up to seven months to investigate and prove the allegations.

Where is the confiscated money taken, what is the process?

When a case is filed after the money has been seized, the ACC, Financial Intelligence Unit or other law enforcement agencies have to present the money to the court.

In case of confiscation of cash, the court decides where and in whose custody the money will be kept.

ACC chief counsel Khurshid Alam Khan said the seized money was being kept with the institution - any bank or law enforcement agency - had to be informed to the court by signing the concerned official.

He said as long as the case is not resolved, no one will be able to use the seized money.

"If it is proved that the crime was committed and it is proved by the evidence of the court, then the seized money is confiscated along with the state."

In many cases, if the accused person or organization can prove their innocence, they can get their money back, subject to a court order.

Does this mean government income?

Seized money is usually presented as evidence of a case.

In this case, if the verdict of the case is in favor of the state, then the confiscated money goes to the state account or to the state treasury, that is, to the central bank of Bangladesh.

Abu Hena Mohammad Razi Hasan, head of the Financial Intelligence Unit, said that if the allegation of money laundering or terror financing is proved in court, the offender is punished according to the law. In this case, if the punishment is imprisonment, the offender can be jailed for 4-12 years.

However, if the money laundering allegation is proved, the fine can be up to double the amount seized.

Money deposited in the state treasury is considered as state income or state property. The state can then spend that money as needed.