Bangabandhu in the Eyes of the World Leaders 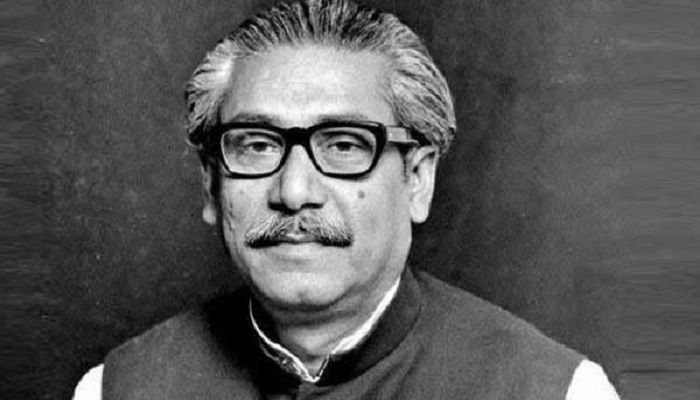 ﻿Bangabandhu Sheikh Mujibur Rahman was destined to be the founder of an independent nation, and the world recognized him as one of the greatest leaders of contemporary history.

The foreign admirers of the Father of the Nation ranged from political leaders to military commanders, bureaucrats, journalists, rights activists and missionaries.

"In the history of struggles, he (Sheikh Mujib) will certainly be recalled along with Lenin, Rossalinburg, Gandhi, Nkruma, Lumumba, Castro and Allende," said life-long crusader and member of British House of Lords Fenner Brockway. Sheikh Mujib had not only fought for the political independence of his people, but also struggled for the freedom of their economic and social life, according to Brockway.

Paying tributes to Bangabandhu, Lakshman Kadirgamar, the former foreign minister of Sri Lanka, said "the people of Bengal might have had leaders in their history more intelligent, more learned, more eloquent, more dynamic than Sheikh Mujib. But no other Bengali leader did more than him to forge for them a distinct cultural and political identity, to visualise and articulate for them the dream of independence and to lead them in a successful struggle to create a nation".

Benazir Bhutto, a former prime minister of Pakistan, in an interview with Prof Muntasir Mamun last year said: "He (Mujib) was even ready to die on the question of principle. His murder, therefore, deeply shook us".

J N Dixit, a former Indian foreign secretary, said "Sheikh Mujibur Rahman's role in Indo-Bangladesh relations was governed by his undoubted sense of patriotism, his perceptions of Bangladesh's national interests and security and his calculations about the regional and international equations.

Dixit's threadbare analysis of the "persona" of the leader reached the conclusion that all his policies and actions were aimed at protecting Bangladesh's interest.

"Mujib as the first head of government of Bangladesh was deeply imbued with a sense of Bangladesh's identity as a distinct socio-ethnic and political force in the sub-continent.

The Newsweek magazine dedicated the cover page of its April 5, 1971, issue to Bangabandhu, describing him as a "symbol of freedom".

In an article titled "poet of politics," it said: "Tall for a Bengali (he stands 5 feet 11 inches), with a touch of greying hair, a bushy moustache and black eyes, Mujib can attract a crowd of a million people to his rallies and hold them spellbound with great rolling waves of emotional rhetoric. He is a poet of politics".

Journalist Cyril Dunn of London Observer said, "In the thousand-year history of Benglees, Sheikh Mujib is the only leader who has, in terms of blood, race, language, culture and birth, been a full-blooded Bengali. His physical stature was immense. His voice was redolent of thunder. His charisma worked magic on people. The courage and charm that flowed from him made him a unique superman in these times".

Jeannie Lockerbie, an American missionary who witnessed the struggle and birth of Bangladesh in 1971 wrote. "Separated from the rest of Pakistan by over 1,100 miles of hostile territory, the east wing was always the outcast, the stepsister. The disparity was evident in many areas as economic and other policy favoured the western half of the nation".

"But a man was to arise who would champion the cause of the downtrodden Bengalis. His name? Sheikh Mujibur Rahman affectionately called "Mujib," her book, On Duty in Bangladesh, reads.

The comments of the Cuban leader Fidel Castro on Bangabandhu which he made in the 1973 Non-aligned summit in Algiers, could be quoted to measure his height.

The following lines from the personal diary (May 30, 1973) of Bangabandhu may give a glimpse of the great man that he was.

"As a man, what concerns mankind concerns me. As a Bangalee, I am deeply involved in all that concern Bangalees. This abiding involvement is born of and by love, enduring love, which gives meaning to my politics and to my very being".