Antibodies in 99% of People's Body Those Have Taken 2 Doses 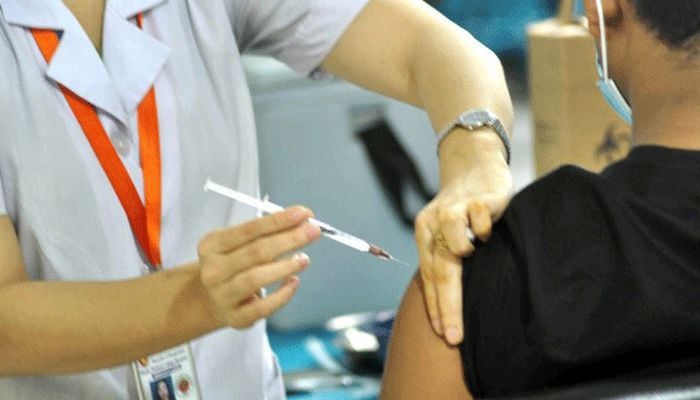 This information has come up in a survey conducted on 746 people in Chattogram for 5 months. The study was conducted by One Health Institute of Chattogram Veterinary and Animal Sciences University (CVASU). Ten researchers took part in the study led by CVASU’s Vice-Chancellor Professor Gautam Buddha Das.

Studies have shown that the amount of antibodies (OMA) produced naturally in the body of those who have not been vaccinated (average 53.71 DU / ml). On the other hand, about three times more antibodies (159.08 DU / ml) on average were produced by those who took a single dose of the vaccine.

CVASU’s Vice-Chancellor Prof. Gautam Buddha Das said the study was conducted over the total of 746 people including doctors, nurses, relatives of patients, outdoor and indoor patients (coronavirus uninfected), cleaners and garment workers at various public and private hospitals in Chattogram, who received the first dose, second doses of vaccine or not being vaccinated yet, were studied.

This study analyzes various issues related to seropositivity (presence of SARS-Cov-2 antibodies in the blood). The survey was conducted from March 2021 to September 2021. The presence and amount of antibodies in the study were determined by enzyme-linked immunosorbent acid (ELISA).

The study found that out of a total of 746 spontaneous participants, about 30 percent (223 people) took the first dose of the corona vaccine and about 31 percent (231 people) took both doses. And 39.14 percent (292 people) did not get vaccinated.

The researchers also found that the average amount of antibody titer (175.1 DU / ml) present in the body in the first month after the first dose is reduced by about 25 percent in the second month. But after the second dose of vaccine, the amount (average) of antibodies varies with time.

Gautam Buddha Das, head of the research team, said that even six months after taking the second dose of the vaccine, there are enough antibodies present in the body to protect the coronavirus. The results of this study shed light on the need and success of the ongoing vaccination program in the country to combat the Covid-19 pandemic.

A significant goal of the ongoing study is to determine the percentage of antibodies (OMA) produced against the SARS Cov-2 virus among study participants, the researchers said.