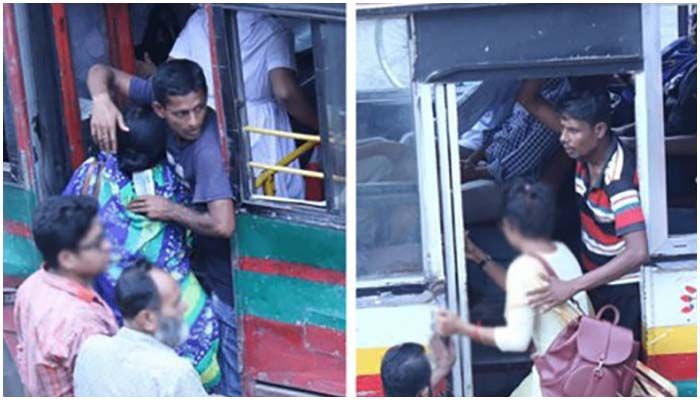 According to BRAC's research, about 94 percent of women are victims of sexual harassment on public transport. In May this year, a garment worker (woman) was gang-raped on a moving bus in Ashulia. Earlier in 2017, a woman was gang-raped and killed in a moving bus in Tangail. Such incidents happen almost frequently in the public transport of the country.

Human rights activists say a change in the mentality of men is necessary to change the situation.

Human rights activist Khushi Kabir said that the number of transport for women should be increased. Besides, the mentality of the people should be changed.

In 2018, the Dolanchampa bus service was launched in the capital for the safe movement of women. At present only one bus survives in that service. Of the 22 BRTCs, only a handful are currently in operation.