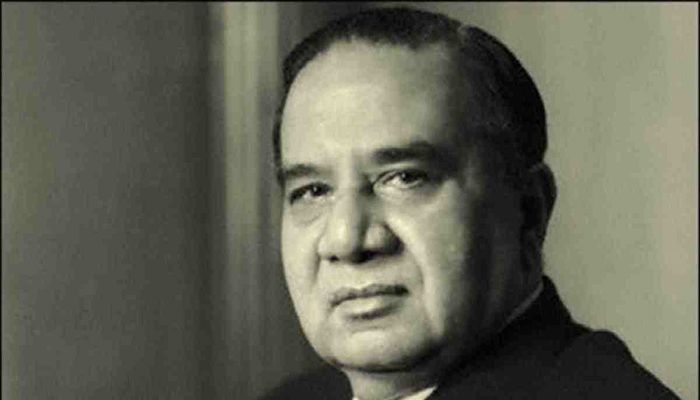 ﻿The 58th death anniversary of Hussain Shaheed Suhrawardy is being observed in the country in a befitting manner on Sunday, reports UNB.

Different political and socio-cultural organizations have taken up elaborate programmes on the occasion.

The programmes include placing wreaths at the grave of the great leader and discussions.

In his message, the President said “The nation remembers with respect Suhrawardy’s contributions in flourishing democracy and improving the socio-economic condition of the people of this region.”

The President expressed hope that the life and works of Suhrawardy will encourage the future generation to devote themselves to people’s welfare.

In her message, the Prime Minister said Hussain Shaheed Suhrawardy worked for establishing the democratic rights of people and flourish non-communal politics throughout his life.

Hossain Shahid Suhrawardy was a veteran politician and a lawyer who served as the fifth Prime Minister of Pakistan from September 12, 1956, until resigning on October 17 1957.

Born into an illustrious Bengali Muslim family in Midnapore on September 8, 1892, Suhrawardy was educated in Kolkata and was trained as a barrister in Oxford where he practised law at the Gray's Inn in Great Britain.