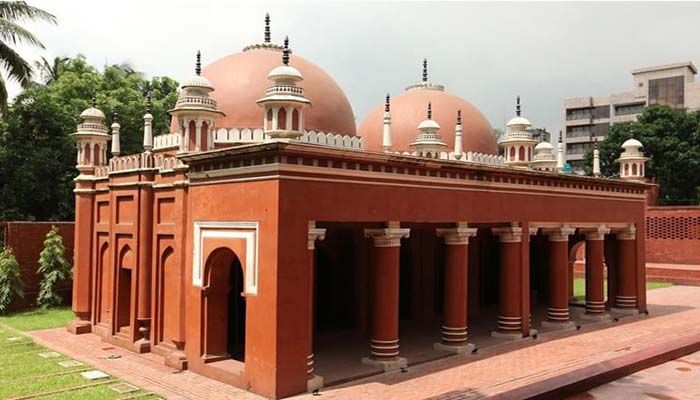 The project also garnered a Special Recognition for Sustainable Development, according to a recent webpost of UNESCO.

It said nine projects from six countries -Bangladesh, China, India, Japan, Malaysia, and Thailand-have been honoured by a Jury of heritage experts.

Chief of Culture Unit at UNESCO Bangkok Duong Bich Hanh, remarked, "The diversity of heritage typologies and countries where the winning projects come from are truly remarkable. The number of projects that have successfully addressed various aspects of the sustainable development agenda is also commendable."

Later, Professor Hamidur Rahman, father of Nasrul Hamid, extended part of the mosque along with its minar in 1968.

Meanwhile, population of the area increased and local people suggested to demolish the mosque and construct again, but Nasrul Hamid said that Doleshwar Hanafia Jame Mosque will be renovated keeping tradition, cultural heritage and values.

He gave responsibility to Architect Sayeed Mostaque Ahmed for renovation of the mosque and he constructed another mosque adjacent to the Hanafi Mosque.