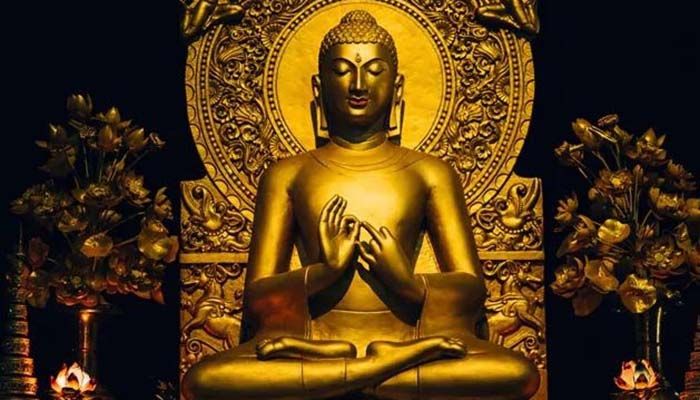 ﻿Buddha Purnima, the most sacred festival of the Buddhists will be celebrated tomorrow with much enthusiasm and solemn devotion across the country, reports BSS.

History reveals that the emergence of Lord Buddha took place on this day 2,557 years ago. Prince Siddhartha Gautama was born on the full moon day at Lumbini of Nepal in 563 BC, attained supreme enlightenment after six years of rigorous meditation at Bodhgoya as Buddha and passed away on the same day at Kushinagar, India.

To mark the day, the country’s Buddhist community chalked out various programmes, including colourful processions and discussions.

On the occasion of the Buddha Purnima, President M Abdul Hamid and Prime Minister Sheikh Hasina issued separate messages and greeted the members of the Buddhist community as well as the countrymen.

The celebrations are usually heralded with the lighting of lamps and hoisting of the national and religious flags atop all monasteries and chanting of sacred verses from the  Tripitaka.

The Buddhist devotees are expected to offer various gift items, including fruits, flowers and candles, to statues of Lord Buddha throughout the day.

Marking the day, Bangladesh Buddhist Federation will arrange a daylong programme at the International Buddhist Monastery at Merul Badda in the city while Dharmarajik Buddha Mohabihar at Kamalapur will also celebrate the day through various programmes.

Besides, the Purnima also will be celebrated in the Buddhist populated regions of Chattogram, Chattogram hill tract, Cumilla, Cox’s Bazar and Patuakhali in a befitting manner.

Prayer meets, sermons on the life of Gautam Buddha, religious discourse, continuous recitation of Buddhist scriptures, group meditation, processions, and worship of the statue of Buddha will be highlighted in the day's long programmes.

On the occasion, national and regional dailies will publish different articles while Bangladesh Betar, Bangladesh Television (BTV) and private TV channels will broadcast special programmes highlighting the significance of the day.

The day is a public holiday.

Topic : Others Buddha Purnima the most sacred festival Buddhists