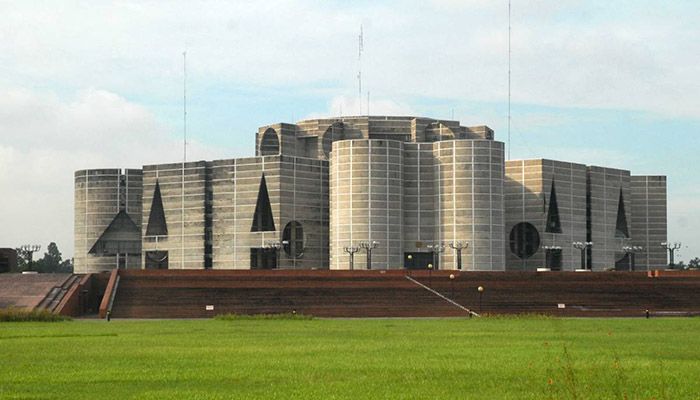 ﻿After reviewing and analyzing this year's budget, it can be said that there was a chance to do better with the budget. Yet, this budget has significantly reflected the government's compassion for the needs of the mass people.

Assumed the number of people who have become newly impoverished due to the economic stagnation caused by the Covid-19, this year's budget was expected to significantly increase the allocation for social security.

Needless to say, this aspiration has been largely fulfilled. However, we did not expect that the social security benefits provided by the government alone would be sufficient. In particular, it is not at all easy to reach the social security services provided by the government to the new poor of the pandemic period without changing the traditional structure of the budget.

So from the beginning, we have been emphasizing employment. It is good to see that our demands are reflected in the budget proposal. By taking business-friendly revenue initiatives, the government has paid considerable attention to further improving the investment situation. Adequate tax assistance has also been emphasized in the budget for the development of domestic industries. If these aids are really given in practice, industry and business will surely gain momentum. And when it comes, new jobs will be created, which will increase people's income.

One of the things we need to keep in mind at the beginning of any talk about budget and macroeconomics is that now, not money, survival is the main consideration. The question now is how to vaccinate 70-80 percent of the people faster. People will be relieved when they get vaccinated. Business confidence will also increase. It will achieve both the goals of saving people and making the economy dynamic. There is no alternative to collecting vaccines at any cost for the sake of life and livelihood.

We are in a really strong position now in terms of macroeconomic indicators. Despite the global recession, the growth rate this year is 6.1 percent. It has been projected at 7.2 percent in the coming financial year. The investment-to-GDP ratio will increase from 32.3 percent to 33.1 percent. Reserves have exceeded 45 billion. The per capita income for the current year is 2,227. It will increase to 2,462 next year. Inflation is also under control (5-6 percent). Exports are increasing. Agriculture is constantly providing safeguard. Expatriate income is growing at $2 billion a month. So considering the 50th budget of independent Bangladesh, the macroeconomic power is showing us hope.

In the health sector, the budget allocation cannot fulfill expectations. The total allocation is about Tk 33 thousand crore and as a percentage of the budget, it is 5.4 percent. The expectation was at least 7 percent allocation to this sector. Probably, the budget makers have been careful in allocating money in this sector in terms of spending capacity.

It is to be noted that in recent years, it has been possible to spend an average of 76 percent of the health development allocation. 24 percent remained unchanged. However, a lump sum of Tk 10,000 crore has been allocated to deal with the pandemic. There was such an allocation last year too. This continuity is admirable. I am sure that this allocation will be further increased if necessary. The government has that ability. The incentive to establish a hospital outside Dhaka is also commendable. Without a structural change in spending in the health sector, simply increasing the allocation will not bring benefits. In this case, it will be very effective if the government takes the responsibility of a part of the people who are getting health care in the private sector by introducing health vouchers.

The time for such an experiment in this budget is not over yet. The opportunity to introduce such a health insurance program at the end of the budget review can still be taken.

The education budget for the coming financial year has increased by about 21 percent and the allocation has stood at around Tk 95,000 crore. Our educational institutions are closed for many days. It is very important to focus on building an online education structure. And in that case, we have to look at the government institutions as well as the private ones. But these institutions have also become an essential part of our education system. Above all, it seems that the 'digital divide' should have given more attention to the poor students so that they do not fall behind. Therefore, the price of both internet and smart devices should be reduced.

A number of new, innovative and above all timely initiatives in agriculture have been proposed in the budget speech. There are 32 vegetable-nutrition gardens and 100 family-nutrition gardens in each union. These are necessary to ensure food security during an epidemic. The initiative of the Regional SAARC Seed Bank has been similarly timely. And I think the crisis of getting a fair price for farmers can be overcome by establishing 'farmer's market' in 41 districts. Although it may not seem like a big increase from around Tk 30,000 crore in the current financial year to around Tk 32,000 crore in the coming financial year, the increase in allocation to agriculture is 6 percent. Our total budget has also increased by 6 percent (compared to this year's proposal). Considering the way in which agriculture has acted as a safeguard against disasters, this trend of allocation proves the macroeconomic sensitivity of budget makers.

This year's allocation for the social security sector has increased by about Tk 96,000 crore to more than Tk 1,07,000 crore next year (about 16 percent of the total national budget). There is no doubt that these programs will be effective in protecting the newly impoverished families and marginalized people due to Coronavirus. However, implementation skills must be ensured. It is very important to minimize errors using digital targeting, especially in beneficiary selection.

A new culture of providing this support through digital transactions is spreading faster. And in that judgment, the proposal to impose 5 to 7.5 percent corporate tax on mobile financial service providers was not appropriate at all. In the end, this tax will be borne by the customer. They are practically very helpless and low-income people. The historic role played by these servicemen during the Covid-19 period needed to be rewarded. Surely in the end this proposal demands reconsideration.

There have to rethink some more tax proposals. For example, the tax on the income of private universities, which are under pressure due to the closure of educational activities, should be reduced instead of the previous tax, and the tax on the income of tobacco growers should be reduced to 50 percent instead of the previous tax (with a 47.5 percent surcharge). The proposal for a supplementary duty on tobacco products has also disappointed. No supplementary tariff has been increased on any tobacco product. If the proposed supplementary duty was implemented, the government would get additional revenue of Rs 3,200 crore.

In addition, the price of high and premium cigarettes was increased by only Tk 0.5 each, but the prices of low-cost cigarettes, bidi, jorda and gul were not increased. But it was necessary to give a push to everyone by raising taxes. It would be keeping in mind that more than 20 percent of the lower-income people in the society is being spent 20 percent of their net earns on the use of tobacco products. Surely they could spend this money on human development.

In Budget, it has to be in mind that cut your coat according to your clothes. Now, what is the status of the income of the state? The NBR's revenue target has not been raised (kept equal to this year's proposal). However, the revenue collection target of Tk 3 lakh 30 thousand crore seems to be challenging in the context of the Coronavirus situation. In order to achieve this goal, the NBR has to show maximum capability. Based on the industry and business-friendly tax policy in the proposed budget, it seems that even large taxpayers will be more motivated to pay taxes than before. In fact, the business-friendly tax policy is the biggest force in this year's proposed budget. The tax rates for one-person-owned companies and a few privately-owned companies have been reduced from 7.5 and 2.5 percent to 25 and 30 percent, respectively.

While the economic recovery process is underway, small companies will benefit from this initiative. New small and medium entrepreneurs will also benefit. Employment will increase. And small and medium entrepreneurs who were out of the tax net will be encouraged to pay taxes. As a result, it seems to be helpful in achieving the revenue target. In addition, the initiatives to keep the import of medical devices related to Coronavirus treatment tax-free, to provide benefits to domestic manufacturers of homemade electrical appliances such as juicers, blenders, etc., are undoubtedly timely. Similarly, the proposal to increase the turnover tax limit for women entrepreneurs to Tk 7 million is positive. By simplifying the rules and regulations, it is possible to easily provide startup funds and commercial bank loans to the numerous Facebook-dependent and e-commerce entrepreneurs (most of whom are women). That aspect could also come in the budget. With the approval of Bangladesh Bank, a bank and an MFS provider is conducting an experiment using artificial intelligence. The results are very promising. Almost 100% of the loan has been returned. So it is time to take such an innovative initiative.

The government will benefit if the budget is restructured by analyzing the advisory proposals that are coming on the proposed budget. Because the budget is ultimately a political document of the government. There is still time in the hands of budget makers. We are hopeful that the budget that will be discussed in the Jatiya Sangsad throughout the month of June, the legislators will bring some more positive changes in this timely budget. And if that is done, it will be possible to call this budget of the government truly people-friendly.

(The original author of this text: Dr. Atiur Rahman, Bangabandhu Chair Professor of Dhaka University and Ex-Governor of Bangladesh Bank)