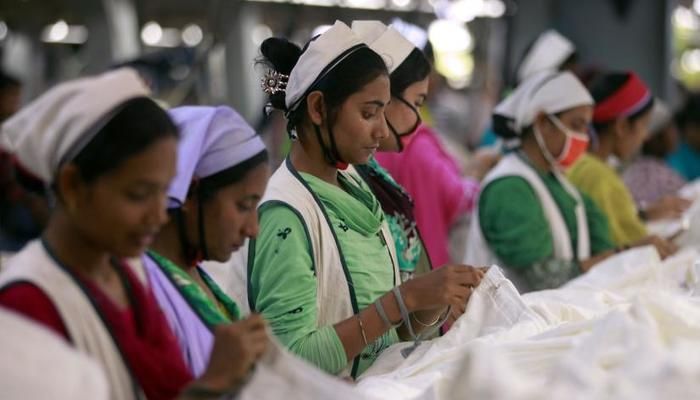 ﻿The economy of Bangladesh is likely to sustain robust growth in the coming days as it sustained strong growth with macroeconomic stability in FY19 led by industry, rising exports, domestic consumption, and record remittances, said the World Bank (WB).

The WB in its report titled “Bangladesh Development Update October 2019: Tertiary Education and Job Skills,” launched today at its resident mission office in the city’s Agargaon area also said in the near and medium-term, the outlook is positive subject to global headwinds and domestic risks, reports BSS.

Another lending agency, the ADB in its recent Outlook Update projected a GDP growth rate of 8 percent for Bangladesh in the current fiscal year (FY20).

The GDP growth rate for FY19, officially estimated at 8.1 percent, was higher than the previous fiscal year’s rate of 7.9 percent, the report said, though it predicts a relatively lower growth for the upcoming fiscal year.

Haven in his presentation showed that Bangladesh is experiencing strong macroeconomic fundamentals, increased public investment, remittance growth as well as export growth while inflation is projected to rise modestly.

Besides, the current account deficit is likely to rise modestly with import growth while the fiscal deficit is expected to persist.

The World Bank report said Remittances grew by 9.8 percent, reaching a record of $16.4 billion in FY19. The contribution of net export growth was positive, supported by a diversion of garment export orders from China and a decline in imports. Agricultural and pharmaceutical exports led to non-RMG export growth. However, leather and leather product exports declined by 6 percent.

The report also urges closing the infrastructure gap and timely implementation of the Annual Development Plan.

“To achieve its growth vision, Bangladesh will need a high-productivity economy. Human capital development that is responsive to labor market demand for higher-level skills and to rapid technological advancements will be crucial” she added.

Answering to a question over the growth projection, Tembon said, “I want to acknowledge that Bangladesh has done very well and will continue to do very well. What is important to remember is the direction of growth and that direction is positive.”

Asked to comment on the ease of doing business scenario in Bangladesh, the World Bank Country Director said Bangladesh is very receptive, very willing and very reform-oriented in this regard.

“I can tell you that if the trend continues the way it is going now putting into the related reforms in place, in another two to three years, the things will be different. I think this is the determination of the government and this is the agenda that we are working on and it can be done. I have absolutely no doubt that Bangladesh can do it and will do it,” she added.

Replying to another question on the government’s strides towards reducing the poverty rate, Tembon said a lot has been done by the government with support from the World Bank towards a reduction of poverty.

The World Bank report said Bangladesh needs to create quality jobs for about two million young people entering the labor force every year. To harness the benefits of this growing labor supply, investments in human capital are required. The country needs to invest significantly in teaching, learning and ICT facilities, among other areas, to create a competitive workforce.

Tertiary graduates struggle to find jobs, indicating a major skills gap. Only 19 percent of college graduates are employed full-time or part-time. At the tertiary level, more than a third of graduates remain unemployed one or two years after graduation, while unemployment rates of female graduates are even higher.

“To bridge the demand and supply gap, investments in skills training, equitable access for female and poor students, public funding mechanisms to develop market-relevant skills and an effective regulatory and accountability framework are needed,” he said.