WeWork to lay off 2,400 workers worldwide 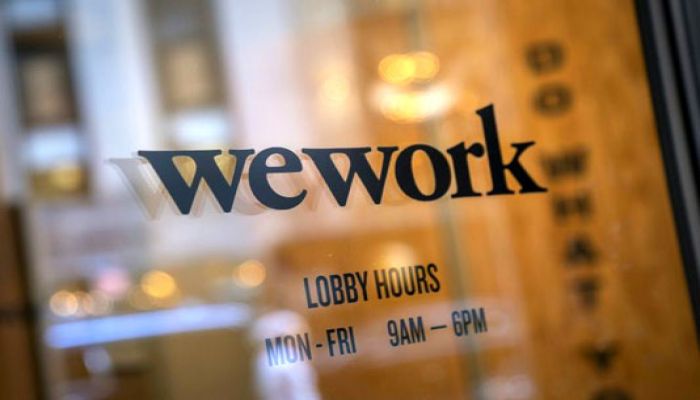 Embattled office sharing firm WeWork will sack 2,400 employees worldwide — about a fifth of its workforce — as it struggles to reshuffle amid mounting losses, the company announced Thursday.

The painful job cuts underscore the rapid decline of what had been one of America’s most celebrated startups which put a huge footprint in the commercial real estate of major cities around the globe but recently had to cancel its debut on Wall Street.

The layoffs which began “weeks ago” were necessary “to create a more efficient organization,” a WeWork spokesperson said in a statement.

The discharged workers “will receive severance, continued benefits, and other forms of assistance to aid in their career transition.”

The company told shareholders earlier this month it lost almost $1.3 billion in the third quarter, more than twice the losses recorded in the same period a year earlier.

As investors and analysts questioned the company’s value, WeWork in September scrapped plans for an initial public offering, forced out chief executive Adam Neumann and took a bailout from Japan’s SoftBank Group, a major investor.

Alex Cohen, a vice president at the real estate firm Compass in New York, told AFP that WeWork’s payroll became enlarged as it tried to keep services — space design, engineering and construction management — in house rather than outsourcing them.

“WeWork’s ‘growth at all costs’ ethos meant they didn’t have time or appropriate management to put in place the processes and organizational structures to enable their staff to efficiently service the business’s relentless zest for new locations,” he said in an email.

Neumann stepped down from WeWork’s board of directors with a $1.7 billion exit package while the company’s value was dropped to $8 billion — a far cry from its $47 billion valuation at the start of this year and just a fraction of the sum envisioned as part of the failed IPO.

A source told AFP that Neumann will get $1 billion for his SoftBank shares, $500 million for reimbursements of personal debts and $185 million in consulting fees.

The unconventional entrepreneur had faced burning questions over his management style, loose approach to corporate governance and allegations of self-dealing — not to mention a Wall Street Journal expose which laid out Neumann’s drug and alcohol use and his hope to become the world’s first trillionaire.

A former employee, Maria Bardhi, filed a labor a grievance in New York accusing Neumann of pregnancy discrimination, saying he referred to her maternity leave as “vacation” and “retirement.”

The company also allegedly paid Bardhi’s temporary replacement twice her salary and fired her six months after her return.

The WeWork debacle contributed to woes at SoftBank, which earlier this month announced its largest quarterly loss ever at $6.4 billion.

“My investment decisions were in many ways poor. I regret them deeply,” he said.