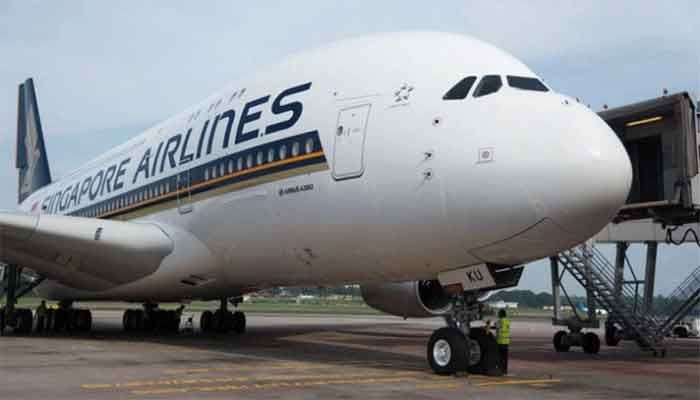 Singapore diners jumped at the opportunity to have lunch on a stationary Airbus A380 parked at the main airport in the area.

The airline added two more dates, with diners signing up for lunch and dinner sessions on a waitlist.

Singapore Airlines is one of many carriers looking for new business models to make up for lost revenues.

For each three-hour session, the airline currently plans to use two Airbus A380 aircraft.

To help adhere to social distancing rules, each one will be half full.

Diners will be permitted to select a cabin class (starting at around $39 with an economy seat) and watch a movie as they dine, but the planes will not leave the field.

The airline also offers home delivery of its meals, which also includes tableware and amenity packages from the airline.

The airline had previously contemplated selling "flights to nowhere," but abandoned the concept later on.

Other airlines, including Eva from Taiwan and Qantas from Australia, both pushed ahead with sightseeing flights that landed at the same airport from which they took off.

Singapore Airlines has been hit hard by the Covid-19 pandemic.

Last month the airline announced it would lay off 4,300 staff, or about 20% of its workforce.

And while some airlines hope, as lockdowns are lifted, to revive their fortunes with domestic flights, that's not a choice for a city-state-based airline.

In reality, at Alice Springs in Australia, many of the airline's planes are in storage while the airline waits for business to rebound.

The International Air Transport Association ( Iata) has warned that, due to the Covid-19 pandemic, hundreds of thousands of aviation jobs may be at risk.

The group, representing 290 airlines, says it expects traffic to be 66% below the amount it was in 2019 this year.