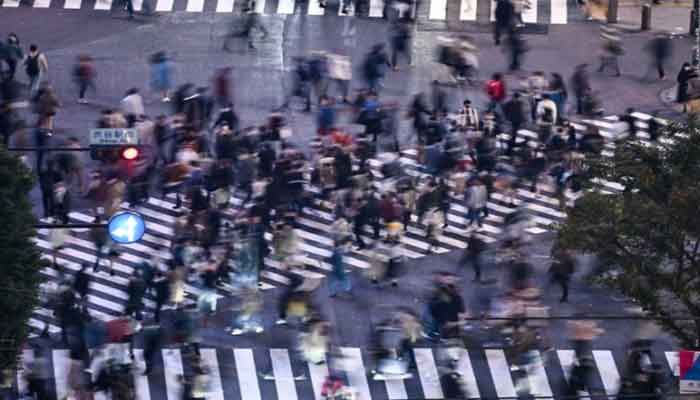 Japan's economy came out of recession in the third quarter, rising by 5.0 per cent better than anticipated, according to government data on Monday, following a record contraction.

The increase in domestic demand, as well as exports, helped fuel quarter-on-quarter growth following the coronavirus pandemic, and the consumption-tax hike reversed the economy earlier this year, reports AFP.

Positive figures come from three-quarters of contraction in the world's third-largest economy, with updated statistics showing that the economy declined by 8.2% in Q2, rather than previously reported 7.9%.

That was the worst figure for Japan after comparable data became available in 1980, well exceeding the brutal effects of the 2008 global financial crisis.

Q3 growth will be welcome news for the Japanese government, which has resisted tough lock-down measures seen in some other countries as it attempts to balance the prevention of coronavirus spread with the security of the economy.

Results also outperformed economist expectations of 4.4% growth, and analysts said the rebound is likely to continue in the final quarter of the year.

“Between July and September, economic activity in Japan experienced a return to a somewhat normal status as the government lifted the state of emergency in the country,” said Naoya Oshikubo, senior economist at Sumitomo Mitsui Trust.

“Looking ahead, we believe that GDP figures in the next quarter should continue to show signs of recovery, albeit at a slower pace,” Oshikubo said in a note before the official release of the data.

“Pent-up demand should decelerate, mainly due to second waves of COVID-19 overseas,” he added.

Japan was still grappling with a stagnant economy and the effects of a sales tax hike last year before the pandemic struck.

There has been a smaller coronavirus epidemic relative to some of the worst-hit nations, with infections reaching 120,000 and deaths just below 2,000.

But last week, Prime Minister Yoshihide Suga warned of a recent spike in infections, although he said that the government's drive to encourage domestic tourism will not be halted.

Japan declared a national state of emergency in April as cases spiked, but controls were considerably looser than in many nations, with no enforcement mechanism to close down businesses or keep people at home.

The emergency was lifted in June, and the government has been reluctant to reintroduce curbs.

Suga instructed his ministers last week to draw up a fresh economic stimulus package to help the economy weather the pandemic.

Earlier this year, the government unleashed massive spending, including sending approximately $900 in stimulus funds to every adult and child in the country.

Tom Learmouth, Japan economist at Capital Economics, said the effects of the stimulus efforts were clear in the latest figures, with a 2.2 percent quarter-on-quarter rise in public spending.

“We expect GDP to rebound a further 1.2% quarter-on-quarter this quarter and to reach pre-virus levels — although not pre-sales tax hike levels — in the second half of next year,” he wrote in a note.

“While the third wave of coronavirus that is now a reality is a downside risk, our current assumption is that it will be contained as the second wave was, with minimal restrictions imposed on economic activity,” he added.

In October, the Bank of Japan lowered its economic growth and inflation forecasts for this fiscal year, but its governor said officials were ready to unveil fresh support measures if needed.

For the year to March 2021, the BoJ expects the economy to shrink 5.5 percent, against a 4.7 percent contraction in the July estimate.