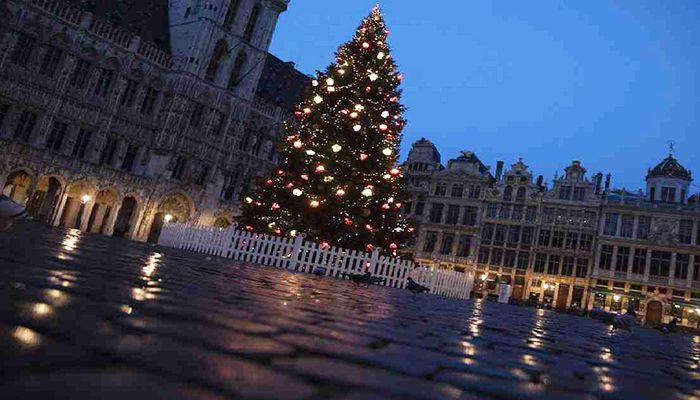 Deep into a crucial weekend of negotiations, a breakthrough on fishing rights remained elusive for the European Union and Britain, leaving both without a trade agreement that would dull the edge of a chaotic, costly economic break on New Year's Day.

With hundreds of thousands of jobs at stake throughout the economy, the tiny sector of fisheries continued to drive a wedge between the 27-nation bloc and the U.K., highlighting the animosity that drove them to a Brexit divorce over the past four years. Britain left the bloc in January but an 11-month economic transition period ends on Dec. 31.

British Prime Minister Boris Johnson's office said Sunday that the EU is ''continuing to make demands that are incompatible with our independence. We cannot accept a deal that doesn't leave us in control of our own laws or waters.''

The almost mythical sense of Britain's right to rule its waves was an essential part of what drove Brexiteers to victory in the 2016 referendum. Johnson is seeking to make sure that as much as possible of the shared British waters are now returned to UK vessels only.

The EU has always maintained that those waters have been shared for decades, if not centuries, and insists if too many fishing rights are taken away, it will punish Britain by imposing hefty import fees to the mainland market, which is essential to the U.K. seafood industry.

The stalemate has left the overall talks inconclusive with businesses on both sides clamoring for a deal that would save tens of billions in costs. Johnson, though, could not be budged.

''We need to get any deal right and based on terms which respect what the British people voted for,'' his office said.

The EU parliament needs to approve any deal before the end of the year and had set a Sunday night deadline so it could have a cursory vetting of the deal and approve it before New Year's Day. Negotiators, however, seemed little impressed by yet another deadline when so many had already been missed during the four-year departure process.

One official from an EU coastal nation said the EU was refusing to yield more than a quarter of the fishing quotas the bloc stands to lose now that Britain is regaining full control of its waters due to Brexit. Britain is also steadfast that a 3-year transition period would be long enough for EU fishermen to adapt to the new rules, while the EU wants at least six years.

The official spoke on condition of anonymity because the talks were still ongoing.

A failure to reach a post-Brexit deal would lead to more chaos on Britain's borders with the EU at the start of 2021 when new tariffs would add to other impediments to trade enacted by both sides. The talks have bogged down on two main issues over the past days — the EU's access to UK fishing waters and assurances of fair competition between businesses.

A trade deal would ensure there are no tariffs and quotas on trade in goods between the two sides, but there would still be technical costs, partly associated with customs checks and non-tariff barriers on services.

While both sides would suffer economically from a failure to secure a trade deal, most economists think the British economy would take a greater hit, at least in the near-term, as it is relatively more reliant on trade with the EU than vice versa.