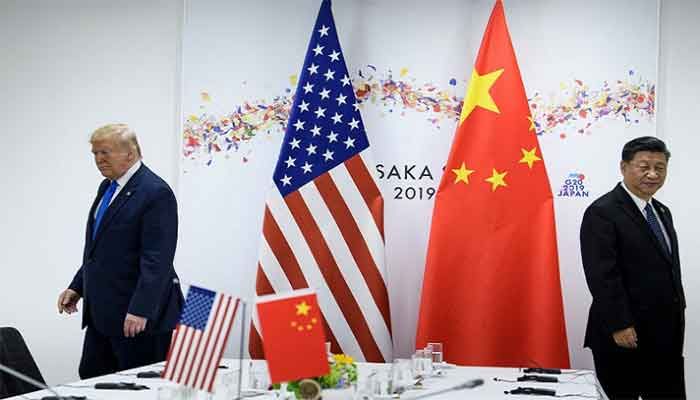 China is pushing back against a flurry of US sanctions with new rules that protect its firms from "unjustified" foreign laws.

Changes announced over the weekend allow Chinese courts to punish companies that comply with these restrictions.

US President Donald Trump has continued to target Chinese companies that he believes are a threat to US national security.

Measures include punishing companies that supply parts to blacklisted firms.

On Monday, three major Chinese telecommunications companies listed on the New York Stock Exchange (NYSE) are expected to sell their shares on the basis of alleged ties with their military.

NYSE is removing China Mobile, China Telecom and China Unicom Hong Kong on the basis of an executive order signed by Mr Trump in November.

The President of the United States claims that such tech companies share data with the Chinese government-the allegations they have denied.

In a statement on Saturday, China's Ministry of Commerce introduced the new rules on "counteracting unjustified extra-territorial application" of foreign laws.

"Legal persons that are hurt by the application of foreign legislation can issue legal proceedings in court and claim compensation for the damage done," said Bert Hofman, director of the East Asian Institute at the National University of Singapore. "The government can also take other countermeasures."

The measures, which came into effect immediately, do not mention the US directly, although China has long complained about US sanctions and restrictions on trade.

But legal experts say it is unclear how the new law will be implemented.

"One point that remains to be clarified is whether the order is intended to target sanctions against China specifically or sanctions targeting a third country, such as Iran or Russia, which has a detrimental impact on Chinese companies," Nicholas Turner, a lawyer at Steptoe & Johnson in Hong Kong, told the BBC.

"Companies with significant business interests in China may need to tread carefully."

Angela Zhang, a Chinese law professor at the University of Hong Kong, added: "Consider a scenario that a European bank freezes the assets of a Chinese official that was sanctioned by the United States, the Chinese statute will allow the official to sue the European bank to recover his loss."

Mr Turner believes China is also protecting itself against future sanctions that Mr Trump may bring in before he leaves the White House later this month.

"I am expecting more actions to be taken before the 20th [January] based on statements from the US state department, although it remains to be seen whether they can push any new ones out in time, given the situation," he added.