Richard Branson Will Attempt to Beat Jeff Bezos to Space 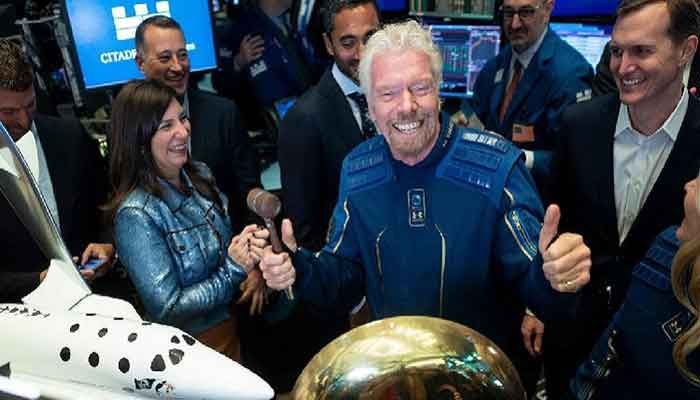 The announcement puts Branson, rather than Bezos, in position to become the first billionaire to travel to space aboard a spacecraft he helped fund.

Virgin Galactic had planned to start flying customers years ago, but its development program was set back by several mishaps, including a 2014 test fight accident that resulted in the death of a co-pilot.

Since the early 2000s, Branson and Bezos have been vying to develop, test and launch suborbital rockets that can take wealthy thrillseekers on brief, 2,300-mile-per-hour rides a few dozen miles above Earth. And their efforts have long been framed as a "billionaire space race."

But in interviews, Branson has frequently said he's not interested in "racing" to space.

"People have turned it into a race," he told CNN Business' Rachel Crane during a recent interview. "It would be very dangerous to say turn it into a race. And the moment we have every boxed ticked, I will go up and then we will invite some of the people who have signed up to go with us — but we honestly don't see it as a race."

Blue Origin announced earlier in June that Bezos would fly alongside his brother, Mark Bezos. Later it said they would be joined by Wally Funk — an 82-year-old woman who underwent similar training to NASA's Mercury program, but like all American women at the time, was denied the opportunity to go to space — and the winner of an auction who forked over $28 million for the opportunity. (The auction winner's name has yet to be announced.)

After weeks of silence, Virgin Galactic interrupted Blue Origin's string of announcements to reveal that Branson would be on Virgin Galactic's next test flight out of New Mexico, a seeming departure from earlier plans to fly four "mission specialists" on its fourth powered test flight before allowing Branson on board. Virgin Galactic said in a press release Thursday that Branson will be joined on his flight by Beth Moses, the company's head of training who has flown on a previous test flight, and fellow Virgin Galactic employees Colin Bennett and Sirisha Bandla.

SpaceX CEO Elon Musk's name is also often thrown around in the "space race" game, but the rockets SpaceX builds are far more powerful than the suborbital tourism rockets built by Branson and Bezos, and Musk has said little about his personal space ambitions beyond that he'd "like to die on Mars — just not on impact."