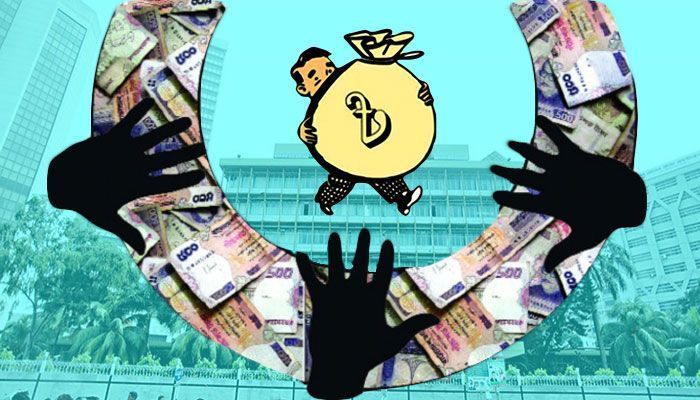 ﻿According to Bangladesh Bank, the defaulted loans in the banking sector were Tk 94,265 crore in March, which increased to Tk 98,164 crore in June. In June last year, the amount of defaulted loans was 96,116 crore.

Bankers say the default in the banking sector has not increased as it should have. Because Bangladesh Bank has given some kind of concession till next December to repay the loan. As a result, even without repaying the loan, the name of the defaulters and the information of the defaulted loans were not included in the list.

According to the data of Bangladesh Bank, at the end of last September, the debt of the banking sector has increased to 11 lakh 65 thousand 210 crore. Of this, the amount of defaulter is 1 lakh 168 crore taka. Of the total defaulted loans, Tk 44,016 crore was in six state-owned banks, Tk 50,155 crore in private sector banks, Tk 3,699 crore in three specialized banks and Tk 2,297 crore in foreign banks.

The central bank further said, at the end of December last year, the number of loans in the banking sector was Tk 11 lakh 58 thousand 775 crore. Of this, Tk 88,734 crore has defaulted. As a result, 7.66 percent of the loans were in default, which increased to 8.61 percent last June. At the end of September, the default rate stood at 8.60 percent.

Bankers, meanwhile, say pandemic's wounds to the country's economy are slowly healing, which will become more pronounced next year. In addition, the use of incentive loans will also be reflected in the overall information on defaulted loans.

Due to coronavirus, traders have got special benefits in repaying loans throughout the year 2020. As a result of giving policy benefits, no one became a defaulter without paying the loan installments at that time. Even though this special facility is not maintained now, the central bank has given some concessions in repaying the loan. Even then, defaulted loans in the banking sector have started rising again.

Bankers say that the real picture is three times more than the defaulted debt shown in the country's documents. Many groups do not default on their debts year after year. Again the same loan is repeatedly rescheduled and the loan is kept regular. As a result, the amount of defaulted loans is seeming less.