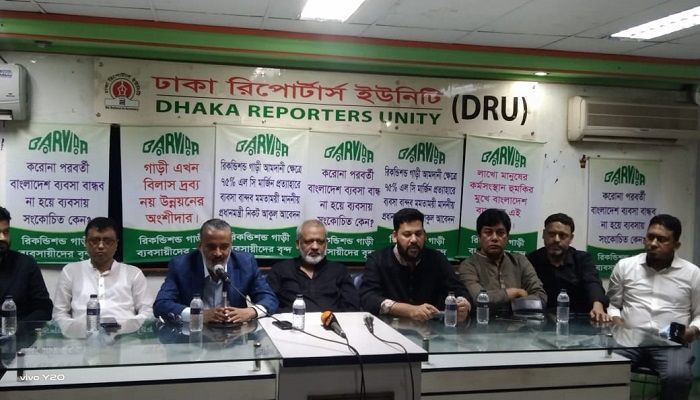 ﻿Bangladesh Bank has increased the cash margin to 75 percent for the establishment of the Motor Car Import Certificate (LC). Car dealers have protested against the decision.

Traders said the decision would put pressure on the market for selling new and reconditioned cars. If the LC margin increases, the car business will shrink further. Importers also need to increase their investment in buying cars.

The car dealers said this at a press conference held at Dhaka Reporters' Unity (DRU) after the human chain at the Press Club on Thursday (May 12) at 12:30 pm.

Speakers at the press conference said that the sudden decision of Bangladesh Bank before the Corona epidemic was recovered would make it difficult for car dealers to conduct business.

Speakers also said that after the Covid-19 pandemic, car sales increased slightly but not at a significant rate. Earlier, people used to buy cars ahead of Eid. Compared to the previous years, fewer cars have been sold this Eid. Car prices have risen sharply, mainly due to the rising dollar. Before facing this challenge, Bangladesh Bank has increased the LC margin from 20 percent to 75 percent, now importers are forced to reduce car imports. If the margin increases, those who could have brought 10 cars earlier will now be able to import two cars with this investment. This will reduce the scope of the car business sector. Merchants will be forced to close their businesses.

At the press conference, the traders also demanded that private cars be removed from the list of luxury products.