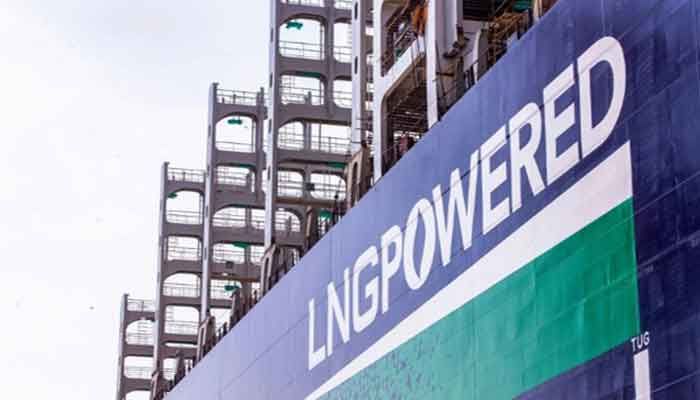 As public and investor pressure to green their portfolios increases and renewable energy costs continue to fall, it is becoming more difficult for oil and gas majors to attract investment in new fossil fuel ventures, reports AFP.

Several industry experts told AFP that they are also increasingly relying on government-backed funding in the form of loans or insurance.

Since 2017, the province where the sites are situated, Cabo Delgado, has been dealing with a jihadist uprising that has killed over 1,000 people.

Beyond security concerns, the think tank highlighted the possibility of "asset stranding" in a study last year due to increasingly competitive renewable energy and tighter climate regulations.

To shore up projects, credit export agencies use government-backed funds.

If as technology and environmental policy progresses, the ventures go sideways due to geopolitics or become redundant, they end up costing the state, not private investors.

“If there is a problem, taxpayers will pay for the damages, not the companies,” Cecile Marchand, from Friends of the Earth France, told AFP.

“Commercial banks would not take the risk of lending so much money on the long term without any insurance.”

Experts say that ventures such as Total's in Mozambique often call into question the willingness of states to fight climate change, in addition to the possibility of financial losses and stranded properties.

In order to meet a more ambitious cap of 1.5C of warming, the Intergovernmental Panel on Climate Change (IPCC) — the world’s leading body on the issue — says fossil gas use must decline from 132.95 Exajoules in 2020 to 112.51 Exajoules in 2030.

Mozambique has already been battered by extreme weather events, a consequence of climate change.

In March 2019, Cyclone Idai, the strongest storm on record to hit southern Africa, struck, killing about 700 people and displacing 1.5 million others.

A little over a month after Idai, another destructive hurricane, Cyclone Kenneth, struck northern Mozambique.

Scientists also warn of the consequences of methane leaks, inherent to LNG projects.

“Total is fully aware of climate concerns, has publicly recognised them for a long time, takes them into account in its strategies and develops concrete actions,” a company spokesperson told AFP.

In 2017, France put an end to the production of hydrocarbons, but left the door open to continuing to fund projects overseas until 2035.

Analysts say this puts it on a collision course with the aims of an agreement it midwifed — the Paris accord allows each signatory to report only domestic emissions, not those it finances elsewhere.

“This is clearly not fair, since in many cases (such as the Mozambique LNG project), the gas will not be used domestically,” Nace said.

“It would make more sense for responsibility for such projects to rest with the wealthy countries that will use the gas.”

Bpifrance, France's credit export agency, is considering providing Total with a guarantee of EUR 700 million ($827 million) for a project in the Russian Arctic, a sum reported by the company.

Total has a 10 percent stake in the Arctic LNG 2 initiative, which aims to export seven billion barrels of oil equivalent, 12 times the annual consumption of France.

In a document obtained by AFP, Total said the “continued support” provided by the French treasury and Bpifrance has been “paramount to the success of Yamal LNG”, the other major extraction projects in the Arctic.

Global Energy Monitor warned last year that new gas exploration — no matter where it occurred — “threatens to lock in massive amounts of greenhouse gas emissions and negate any chance of limiting global warming to the 1.5C tipping point.”

Marchand accused the government of being “hypocritical and irresponsible in regard to the climate emergency” by continuing to guarantee projects abroad that clash with the goal of slashing emissions. Bpifrance did not respond to a request for comment.