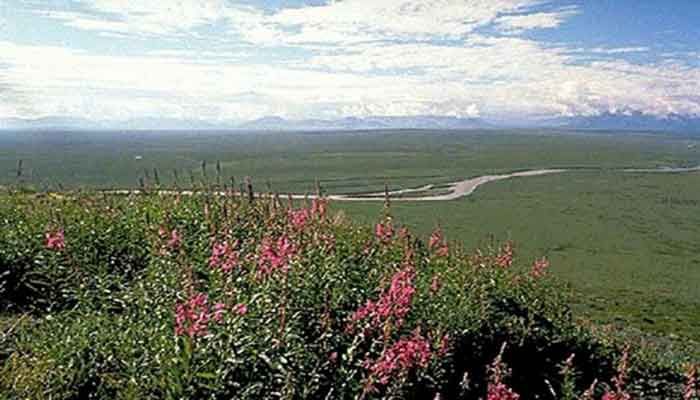 On Monday, the United States welcomed oil firms to opt for arctic drilling opportunities as President Donald Trump races to introduce a contentious Alaska leasing initiative in his final days in office.

The Bureau of Land Management (BLM) announced that it will formally open a 30-day period on Tuesday to accept appointments and comment on some 1.6 million acres (650,000 hectares) in the Arctic National Wildlife Refuge (ANWR), taking the proposal a step forward in the run-up to the Trump administration's departure in January, reports AFP.

But US environmentalists, who have been opposed to fracking in ANWR for decades and have earned support from President-elect Joe Biden, have vowed to fight.

Leasing usually takes months from the time when the property is first publicized and the contract is finalized, presenting obstacles to Trump's timeline.

“Nobody should ever underestimate the Trump administration’s willingness to ignore the law in favor of its agenda, but I don’t see how they could sign leases before they are ushered out,” Niel Lawrence, Alaska Director at the National Resources Defense Council told AFP, adding that who environmentalists “are girding for battle.”

The move aims to open up to development a target area long sought by petroleum interests and defended by environmentalists. Some major banks have said they won’t finance projects in the refuge.

Biden, who is scheduled to take office on January 20, 2021 after defeating Trump in this month’s presidential election, said during the campaign that permanently protecting ANWR stood among his “day one” priorities.

“The United States must have a bold plan to achieve a 100 percent clean energy economy and net-zero emissions no later than 2050 here at home,” his campaign website reads. “On day one, Biden will sign a series of executive orders that put us on this track.”

Tuesday’s announcement, published in in the Federal Register which documents new laws and rules, creates the official comment period and will be followed by a subsequent public notice announcing the lease sale date “published at least 30 days prior to the sale date,” BLM said.

Environmentalists have long protested against the initiative and filed a lawsuit in the US court in August contesting the project on the grounds that it would irreparably damage the pristine wildlife habitat of caribou and polar bear migration.

The BLM statement did not discuss Biden or the change in administration. Trump is the first US president in modern times not to confess to electoral defeat while embarking on a series of long-run litigation to reverse the election.

“Congress has already acted to open ANWR for safe development, and we welcome any progress in moving forward,” said Frank Macchiarola, senior vice president of policy, economics and regulatory affairs at the American Petroleum Institute.

That group is among the Washington organizations that have recognized Biden’s win, congratulating the president-elect on November 7 along with running mate Kamala Harris, and pledging to work with the new administration to “support America’s economic recovery.”