UK to Ban Petrol, Diesel Cars from 2030 in Green ‘Revolution’ 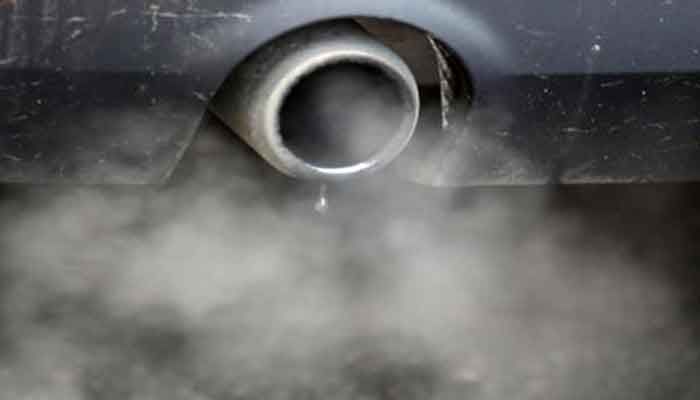 ﻿Britain will ban sales of petrol and diesel vehicles from 2030 as part of a 10-point "green industrial revolution" initiative to be announced by Prime Minister Boris Johnson on Wednesday.

The plans include quadrupling offshore wind power over a decade, while increasing hydrogen production capacity for industry, transport, power and homes.

Investment will also be made in zero-emission public transport, in addition to research into zero-emission aircraft and ships, and in making cycling and walking "more attractive."

The plans contain broader aims to make Britain a “world-leader” in carbon capture technology and the City of London a “global centre of green finance”.

The government will also spend o525 million on developing large and smaller-scale nuclear plants, and new advanced modular reactors, in a move likely to anger environmentalists.

Johnson is hoping the ambitious proposals can help deliver on pledges to reduce Britain’s stark regional inequality and repair some of the economic damage done by the pandemic.

They are also being seen as an opportunity to reset his faltering government and align with the priorities of US President-elect Joe Biden, ahead of the UK hosting global climate talks next December.

“My 10-point plan will create, support and protect hundreds of thousands of green jobs, whilst making strides towards net zero by 2050,” Johnson said in a statement ahead of publishing the full blueprint.

“Our green industrial revolution will be powered by the wind turbines of Scotland and the North East, propelled by the electric vehicles made in the Midlands and advanced by the latest technologies developed in Wales.”

The 2030 ban on petrol and diesel cars and vans follows what Downing Street called “extensive consultation with car manufacturers and sellers”.

Johnson had said in February his government would aim to end such sales by 2035, but will now only allow the sale of hybrid vehicles until that year.

Under the new plans, it will invest o1.3 billion on expanding electric vehicle chargepoints in homes and streets across England, and make o582 million available in grants for people to buy zero or ultra-low emission vehicles.

Meanwhile nearly 500 million will be spent in the next four years on the development and production of electric vehicle batteries.

Under proposals to reduce carbon-emitting gas usage, another 500 million is earmarked to trial using hydrogen in homes for heating and cooking.

The government is aiming to build a so-called “Hydrogen Neighbourhood” within three years, a “Hydrogen Village” by 2025, and a town of tens of thousands of homes using the gas by the end of the decade.

It is also set to invest o1 billion in a grant scheme launched in September, and now to be extended for a year, to make homes and public buildings more energy efficient.

Greenpeace welcomed the package and the “landmark announcement” on vehicles.

The pressure group called the move “a historic turning point on climate action” that could “put the government back on track to meeting its climate commitments”.

“It’s a shame the prime minister remains fixated on other speculative solutions, such as nuclear and hydrogen from fossil fuels, that will not be taking us to zero emissions anytime soon, if ever,” it added.