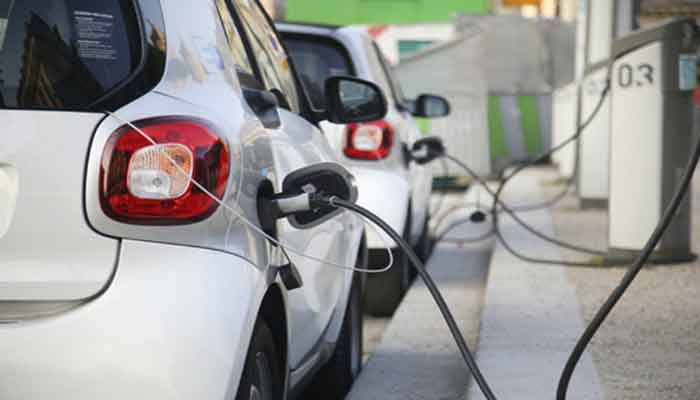 Emerging markets moving from petrol and diesel to electric vehicles (EVs) could save $250 billion annually and cut global oil demand by as much as 70%, according to industry research on Friday.

As more and more nations such as China and India, are looking to expand their electric fleet, they are in turn reducing dependency on imported oil, with EVs expected to soon be cheaper to produce and operate than their fossil-fuel cousins, reports AFP.

An analysis of EV cost patterns by industry watchdog Carbon Tracker showed that moving to EVs could save China—a world leader in technology—$80 billion every year by 2030.

Increased EV production would significantly reduce the cost of oil imports, accounting for 1.5 per cent of China's GDP and 2.6 per cent of India's.

The analysis found that the EV revolution could essentially fund itself as component costs fall over time and governments turn away from fossil fuel infrastructure such as pipelines and refineries which risk becoming stranded assets as transportation gets greener.

“This is a simple choice between growing dependancy on what has been expensive oil produced by a foreign cartel, or domestic electricity produced by renewable sources whose prices fall over time,” said Kingsmill Bond, Carbon Tracker energy strategy and lead report author.

“Emerging market importers will bring the oil era to an end.”

porters will bring the oil era to an end.”

Transport in emerging markets accounts for more than 80 percent of all  expected growth in oil demand by 2003. Analysing the International Energy Agency’s business as usual emissions scenario, the report found that half of that growth is forecast to come from China and India.

It calculated that by switching to the IEA’s Sustainable Development Scenario — under which EVs account for 40 percent of car sales in China and 30 percent in India — oil demand growth would be slashed by 70 percent this decade.

The authors said that a 20 percent drop in the cost of batteries in a decade has driven "huge new markets" for EV growth.

Using industry baseline estimates, the study estimated that the cost of importing oil to operate an average car over its 15-year life ($10,000) is already 10 times higher than the cost of the solar equipment required to power the equivalent EV.

“Factor in the war on plastics hitting petrochemical demand and rising EV penetration in developed markets, it becomes ever more likely that we have seen peak oil demand in 2019,” said Bond.