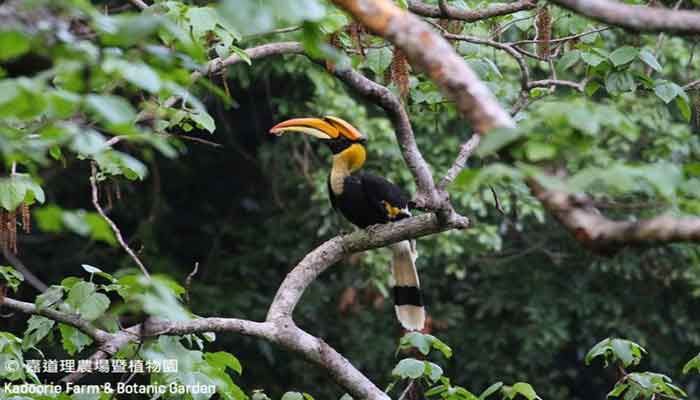 Four rare Malabar pie hornbills have been spotted in a nature reserve in the southwest province of Yunnan, according to local authorities.

The Xiaoheishan Provincial Nature Reserve in Longling County said the birds were sighted by researchers during a field study in the nature reserve last October and have recently been identified as Malabar pied hornbills, reports BBC.

Han Lianxian, a zoologist at the Southwest Forestry University, said the hornbills have a scarce population and were primarily populated by evergreen broad-leaved forests in southwest China, feeding on fruits and insects.

The International Union for the Conservation of Nature (IUCN) has listed the bird as a near-threatened species on the Red List of Threatened Species.

Longling County, located near the Gaoligong Mountains, has recently launched a spate of ecological restoration projects including afforestation and reforestation. So far, the county has recorded a total of 292 wild bird species.