129 Countries to See Increased Droughts within Next Few Decades 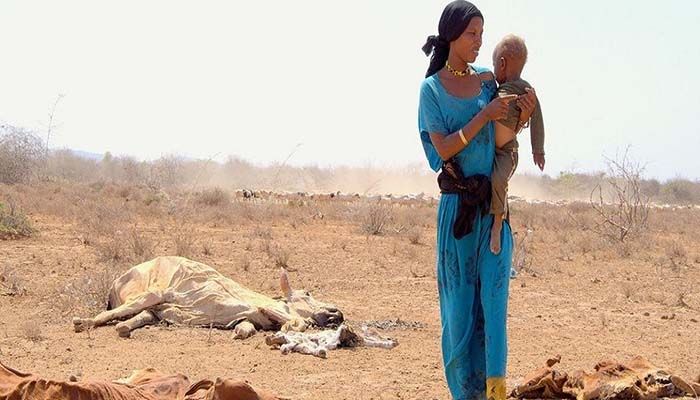 Within the next few decades, 129 countries will experience an increase in droughts – 23 primarily due to population growth and 38 because of their interaction between climate change and population growth, according to a recent UN report.

And should global warming reach 3℃ by 2100, drought losses could be five times higher than they are today, with the largest increase in the Mediterranean and the Atlantic regions of Europe.

Droughts have deep, widespread and underestimated impacts on societies, ecosystems, and economies, having impacted some 1.4 billion people between 2000 and 2019, said the UN.

Meanwhile, in 2022, more than 2.3 billion people are facing water stress and almost 160 million children are exposed to severe and prolonged droughts, it added.

Humanity is "at a crossroads" when it comes to managing drought and accelerating ways of slowing it down must happen "urgently, using every tool we can," said the head of the UN Convention to Combat Desertification (UNCCD) Thursday.

Through its newly published Drought in Numbers report, released in Abidjan, Côte d’Ivoire, during the 15th Conference of Parties (COP15), UNCCD's compendium of drought-related information and data is helping inform negotiations for the outcomes of the conference when it closes on May 20.

UNCCD Executive Secretary Ibrahim Thiaw said the "facts and figures of this publication all point in the same direction: An upward trajectory in the duration of droughts and the severity of impacts, not only affecting human societies but also the ecological systems upon which the survival of all life depends, including that of our species."

While droughts represented 15 percent of natural disasters, they accounted for approximately 650,000 deaths throughout that period.

Only to flooding, droughts inflict the greatest suffering on women and girls in developing countries, in terms of education, nutrition, health, sanitation, and safety.

"Drought in Numbers" paints a grim picture surrounding ecosystems as well, noting that the percentage of plants affected by drought has more than doubled in the last 40 years – with about 12 million hectares of land lost each year to drought and desertification.

In the past century, more than 10 million people died due to major drought events, which also generated several hundred billion dollars in economic losses worldwide. And the numbers are rising.

While severe drought affects Africa more than any other continent – accounting for 44 percent of the global total – over the past century, 45 major drought events have also affected millions of people in Europe – affecting an average of 15 percent of that continent's land and 17 percent of its population.

In the US, drought-induced crop failures and other economic losses have totalled $249 billion since 1980 alone, and over the past century, Asia was the continent with the highest total number of humans affected by drought.

"One of the best, most comprehensive solutions is land restoration, which addresses many of the underlying factors of degraded water cycles and the loss of soil fertility," said Ibrahim.

"We must build and rebuild our landscapes better, mimicking nature wherever possible and creating functional ecological systems."

Beyond restoration, there needs to be a paradigm shift from "reactive" and "crisis-based" approaches to "proactive" and "risk-based" drought management approaches involving coordination, communication and cooperation, driven by sufficient finance and political will, he added.

Sustainable and efficient agricultural management techniques are needed to grow more food on less land and with less water, and humans must change their relationships with food, fodder and fibre – moving towards plant-based diets and stemming the consumption of animals, according to the report.

Early-warning systems that work across boundaries, new technologies to guide decisions with precision and sustainable funding to improve drought resilience at the local level are also key actions.