One in three graduates unemployed: WB 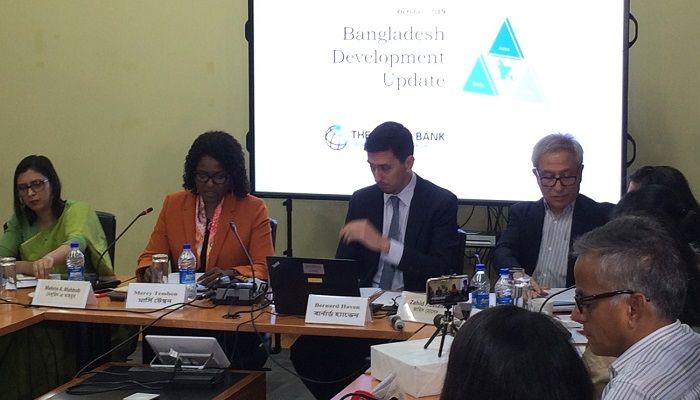 More than a third of the graduates remain unemployed one or two years after graduation, said the World Bank in its latest report. Graduates struggling to find jobs, a damning evidence of the poor state of the country’s education system, the report said

“This indicates a major skills gap,” said the Washington-based multilateral lender in the report ‘Bangladesh Development Update October 2019: Tertiary Education and Job Skills’, which was launched yesterday at its office in Dhaka.

Only 19 percent of college graduates are employed full-time or part-time, while nearly half are unemployed.

Furthermore, female graduates are far more likely to be unemployed and out of study two years after graduation: 43 percent of the female university graduates remain unemployed in contrast to 37 percent male graduates.

Many unemployed graduates opt to pursue higher levels of education, with mixed results.

Unemployment is most problematic for graduates of affiliated colleges, which accounts for more than two-thirds of tertiary enrolled students.

“The high incidence of prolonged unemployment among graduates raises concerns about the job readiness and relevance of skills that tertiary educational institution in Bangladesh impart to their students,” the WB said.

Labour market surveys have consistently demonstrated that employers struggle to fill job vacancies for highly-skilled positions such as professionals, technicians and managers: around 69 percent of employers reported a shortage of skilled applicants for professional positions.

“However, they struggle to find graduates with these skills.”

Around 80 percent of the employers of polytechnic graduates reported that problem-solving skills is a key area where polytechnics need to train students better.

Similarly, employers would like universities and colleges to strengthen skills training on information and communication technology, English and higher-order thinking such as communication, problem-solving and team work.

“Scarcity of qualified employees has resulted in higher pay for jobs requiring these skills in Bangladesh. To address this shortage, academic programs should be improved,” the WB said.

Most tertiary graduates make at least Tk 11,000 per month ($138) within one or two years after graduation. This level of income is comparable to the average national monthly earnings.

However, the return on qualification is not uniform.

University graduates earn significantly more than graduates from colleges or polytechnics. On average, their earnings are three times as high as that of tertiary college or polytechnic graduates.

A university graduate earns on average around Tk 29,932 per month ($375) with no significant gender wage gap.

On the other hand, gender wage gaps are significant among employed graduates from college and polytechnics, especially among those who are not full-time permanent employees.

To bridge the demand and supply gap, investments in skills training, equitable access for female and poor students, public funding mechanisms to develop market-relevant skills and an effective regulatory and accountability framework are needed, saidBernard Haven, senior economist of the WB and co-author of the report.

“To achieve its growth vision, Bangladesh will need a high-productivity economy.”

Human capital development that is responsive to labour market demand for higher-level skills and to rapid technological advancements will be crucial, she added.

“To address these challenges, we need to work together on a reform agenda covering accreditation, competency framework, institutional development and financing strategies in partnership with major industries,” she added.