Staying focused on better outcomes for the world’s poorest people 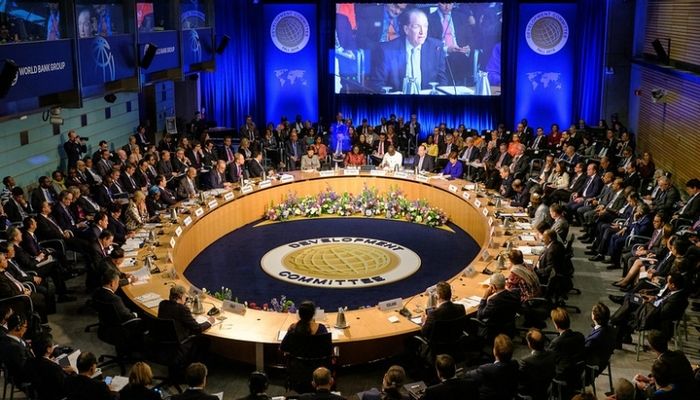 The two organizations have an important role to play in addressing the increase in debt vulnerabilities, and they can help countries meet a range of challenges to the international financial system, including tackling corruption.

These were key messages from the Development Committee, a ministerial-level forum of the World Bank Group and the International Monetary Fund, in a communiqué issued at the close of the institutions’ Annual Meetings in Washington.

The committee, which represents 189 member countries, noted that the Bank Group is uniquely placed to address global development challenges, and they encouraged it to help implement country platforms that will make better use of development resources and mobilize private sector solutions.

World Bank Group President David R. Malpass similarly stressed the urgency of the organization’s mission: the twin goals to reduce poverty and boost shared prosperity.  But with 700 million people still living in extreme poverty around the world and the increasing risks posed by climate change and fragility, today’s global economy is making this mission even harder.

At the meetings’ opening press conference, Malpass called for “fresh thinking to ignite growth” while expressing optimism that “well-designed reforms can deliver meaningful gains.” He emphasized that this is especially true for emerging markets and developing countries: they can “unleash growth that’s broadly shared across all segments of society.”

Both the committee and Malpass underscored the leading role played by IDA, the Bank Group’s fund for the poorest countries, in reducing extreme poverty, a challenge that is becoming steadily more concentrated in Africa.

They noted IDA’s strong implementation of its current three-year program, and they urged continued strong support from donor countries in the replenishment of IDA’s funding for the next cycle, an effort that is well underway. In his plenary speech to the Board of Governors during the meetings, Malpass highlighted IDA’s growing focus on situations of fragility, conflict, and violence—where the poorest people are also increasingly concentrated.

In addition, both he and the committee noted IDA’s joint work with IFC and MIGA to scale up private sector development, including in fragile situations.

The Bank Group’s work supports better development outcomes across a wide range of sectors. Malpass mentioned a number of these: “We’re investing to help countries gain access to electricity and clean water, to ensure the full inclusion of girls and women, to address climate change and protect the environment, to improve health and nutrition, and to bolster infrastructure.” He also stressed the rule of law, transparency, and peace and security, along with more effective debt management.

But he observed that effective country programs must fit the distinct needs of each economy: “Development cannot be imposed from outside—country leadership and ownership matter.”

In welcoming them, Malpass also congratulated Kristalina Georgieva on her appointment as Managing Director of the IMF, expressed his appreciation for IFC CEO Philippe Le Houérou becoming co-chair of the current IDA replenishment, and thanked Keiko Honda for her years of service as MIGA CEO.

In a statement after the Development Committee meeting, Malpass said, “We at the World Bank Group are staying focused on our mission. We’re helping countries build strong programs, tailored to the unique circumstances of their economies.”

While acknowledging the risks posed by the global economy and the daunting issues that face individual countries, he expressed confidence that progress can be made: “We cannot let today’s challenges be a roadblock to better development outcomes.”