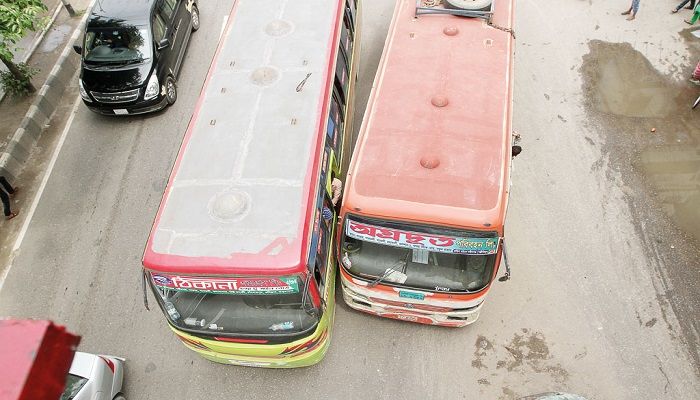 ﻿Over a year after it was enacted, the Road Transport Act-2018 will be enforced from November 1.

In the last one year, officials of the road transport and bridges ministry on multiple occasions said the government had not been able to enforce the law because its rules were not framed yet. The officials still do not have the rules, but are going to enforce the law anyway.

Following widespread student protests for safe roads last year, the parliament passed the act in September, aiming to bring discipline on the roads.

But the government had not issued a gazette putting the law into effect.

Then the Road Transport and Highway Division last Tuesday issued the gazette stating that the law would be enforced from next month, according to its Secretary Nazrul Islam.

Meanwhile, different transport organisations have been demanding amendments to several sections of the law. Their demands include making all offences under the law “bailable”.

There have been reports that the government was going to amend the law, giving into the pressure of transport leaders.

But Nazrul Islam yesterday told The Daily Star that the law would be put into effect without any amendment.

Nazrul said the rules, orders, and directives of the Motor Vehicles Ordinance 1983 will be followed until the new rules are formulated.

The Bangladesh Road Transport Authority submitted a draft of rules for the act in May and the division formed a 10-member committee, led by its Additional Secretary Abdul Malek, to scrutinise the rules.

“I don’t think we will be able to finalise the rules before [November 1]. I think we have been able to complete 50 percent of our job,” he told this correspondent last night.

The Motor Vehicles Ordinance will be cancelled once the new law is put into effect.

Thirty-four years ago, the maximum punishment for causing death by reckless and negligent driving was a jail term of seven years. But in the face of truckers’ protests in 1985, the Ershad government reduced the term of imprisonment to three years by amending the Penal Code.

Anguished over growing incidents of reckless driving, road safety campaigners have long been demanding that the government increase the punishment to at least 10 years for causing death by rash driving.

Following a writ petition that challenged the 1985 amendment, the High Court in a 2014 verdict declared void the amendment that reduced the jail term.

In March 2017, the cabinet approved in principle a proposed legislation titled Road Transport Act. But it gathered dust at the law ministry for more than a year amid opposition of transport owners and workers to some of its provisions.

But the cabinet gave final approval to the draft in August last year amid student agitation for safer roads.

The demonstrations were triggered by the death of two college students in the capital on July 29.

The parliament on September 19 last year passed the act with a maximum punishment of five years’ imprisonment for causing death to a person by reckless driving.

The act drew strong criticism from road safety campaigners who termed it too lenient.

On the other hand, Bangladesh Road Transport Workers Federation observed a two-day strike on October 28-29 last year demanding changes to the law.

Amid this situation, a three-minister committee led by Home Minister Asaduzzaman Khan was formed on February 17 to look into how the act could be implemented.

“The authorities said they will analyse the recommendations after the law comes into effect,” he told The Daily Star.

“We hope the rules would be framed soon.”