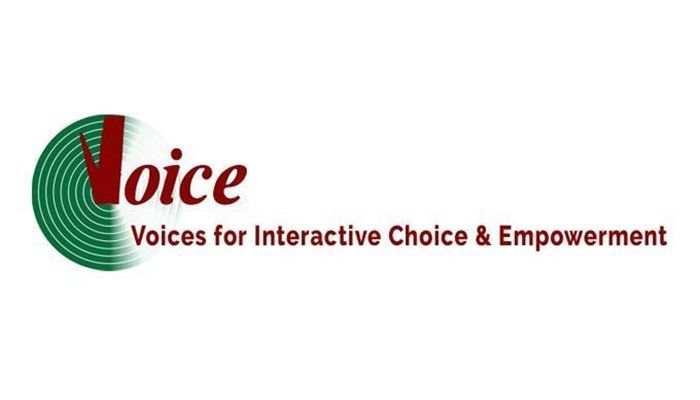 ﻿﻿International Women's Day encourages us to recognize women's accomplishments but still tells everyone that gender equality remains an essential challenge. "I am Generation Equality: Realizing Women's Rights," this year's theme for International Women's Day (8 March), discusses ways in which creativity will strive towards gender equality, improve participation in gender-responsive social systems, and strengthen public services and infrastructure that serve women's and children's needs.

VOICE Executive Director Ahmed Swapan Mahmud said that every year the International Women's Day celebration makes us conscious of the great contributions that women make to society, but it also reveals flaws in the oppressive notion of a society that makes women suffer tremendously, keeping them away from decision-making processes and violence against women and children.

Speakers have said one of the imminent violence is online violence against women and girls which is rising alarmingly, making it almost impossible for teens to prevent it, in particular. This entails bullying apprentices by using blogs, text messages, e-mails and other automated forms of social media. This deviant behavior is not only confined to students but also with the people of all ages who can be the victim of cyberbullying due to the advent of communication and technology. Among the girls are mostly targeted by cyberbullying. Study shows that Facebook is the most used device of cyberbullying. About 58% claim Facebook for bullying, 23% claims instant messaging, 10% claim phone call and 9% of the total respondents claim WhatsApp, Twitter and other social networking sites for cyberbullying.

There is a growing awareness that men will play an important role in reducing violence against women, in collaboration with women. Speakers called for the government to take legal action against all forms of violence where the perpetrators are women and young people. It also stressed to raise social awareness and change the mindset towards women and girls positively and create enabling environment for everyone.

The meeting also released an "Exchange" newsletter highlighting the current state of cyber violence against women and girls in Bangladesh. At the workshop, which encourages attendees to comment on the forum, an open platform resistviolence.net is also introduced.