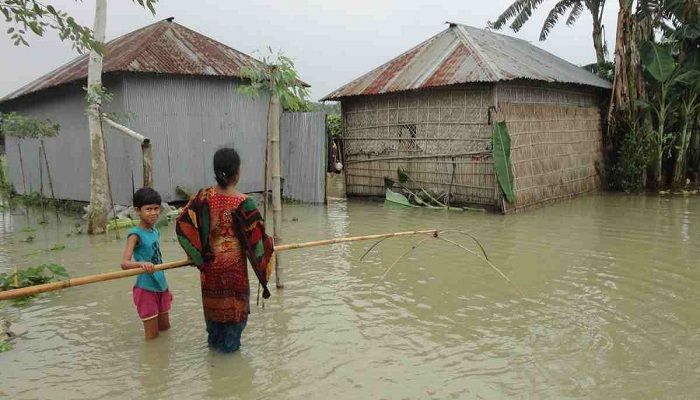 ﻿Eight people have so far died in the floods that have affected nearly 2.25 million people, State Minister for Disaster Management and Relief Enamur Rahman said Thursday.

Among them, four died in Jamalpur, one each in Sunamganj, Lalmonirhat, Sylhet and Tangail.

The state minister came up with the information at a virtual press conference from the secretariat on the overall flood situation.

So far, the floods have hit 18 districts across the country and affected 92 Upazilas and 535 unions, said Enamur.

This flood will not last long because the river water has started to recede, he said.