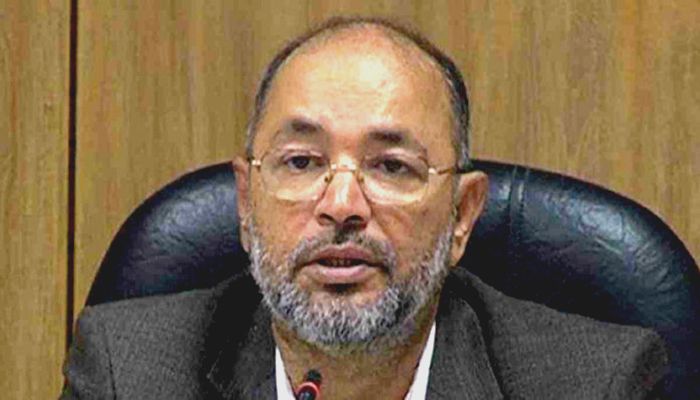 ﻿State Minister for Disaster Management and Relief Dr Mohammad Enamur Rahman has said that all preparations have been completed to deal with approaching Cyclone Yaas.

The field level officers of the concerned districts and Police, Ansar, BGB and CPP (Cyclone Preparedness Program) volunteers have been kept on standby for emergency response, he said on Monday.

The state minister was briefing an official meeting on cyclone preparedness at the conference room of the ministry in the Secretariat.

However, the minister said that the risk of Cyclone Yaas hitting the coast of Bangladesh is very low.

''We are keeping a close watch on Cyclone Yaas. Our observation will continue until it is over,'' he told the meeting.

He said, ''If for any reason it changes direction, we will take our people to shelters. Shelters have been set up. People have also been asked to be ready.''

Earlier on May 22 Dr Enamur said that Cyclone centers, three times more than required, are being set up in compliance with health guidelines keeping in mind the coronavirus situation to provide shelter to coastal people if Cyclone Yaas strikes Bangladesh.

The minister said that authorities are aiming to bring all the people in need of shelter to the cyclone centers in an attempt to keep the mortality rate zero in case the cyclone hits Bangladesh.

Earlier Monday,the maritime ports of Chattogram, Cox’s Bazar, Mongla and Payra were advised to  hoist distant warning signal No 2 on Monday instead of  cautionary No 1 as the  depression over the Southeast Bay and adjoining Andaman Sea intensified into cyclonic storm ‘Yaas’.

The depression over East-Central Bay and adjoining area moved north-westwards and intensified into a cyclonic storm ‘Yaas’ over the same area.

It is likely to intensify further and move in a north-north-westerly direction.

The sea will remain very rough near the depression centre.

All the fishing boats and trawlers over the North Bay and deep sea have been advised to remain close to the coast and proceed with caution.  They were also advised not to venture into the deep sea.