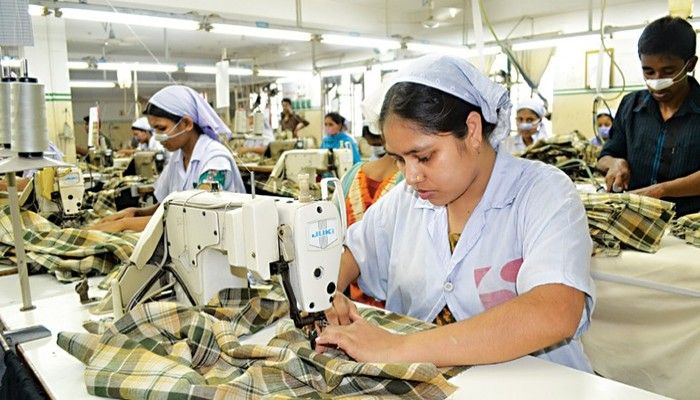 Country’s export earnings in August this year fell 26.27 per cent short of the government-set target of $3.85 billion due to the lower shipment of readymade garment products as production in the factories was suspended for 7-9 days for Eid-ul-Azha holidays.

Export earnings in the second month of the current financial year 2019-20 fell by 11.49 per cent to $2.84 billion from $3.21 billion in the same month of the last fiscal, according to the provisional data of Export Promotion Bureau to be released today.

Exporters said that readymade garment exports in August 2019 fell by more than 11 per cent due to Eid vacation as most of the factories remained closed for at least seven days.

Country’s overall export earnings in July-August, the first two months of FY20 fell by 0.92 per cent to $6.73 billion from $6.79 billion in the same period of FY19, data showed.

Earnings from woven garments fell by 0.94 per cent to $2.79 billion in July-August of FY20 from $2.82 billion in the same period of the last fiscal year.

‘BGMEA has unpublished data that shows 11.46 per cent negative growth in RMG export only in August and this happened due to Eid vacation,’ Bangladesh Garment Manufacturers and Exporters Association director Asif Ibrahim told New Age on Saturday.

Asif, also the vice-chairman of Newage Group, said that most of the factories remained closed for at least seven days due to Eid vacation and another seven days full production capacity could not be utilized as workers did not join in full force in the factories.

Export earnings from frozen and live fish decreased by 5 per cent to $82.85 million while the shrimp export fell by 9.83 per cent to $6620 million in the first two months of FY20.