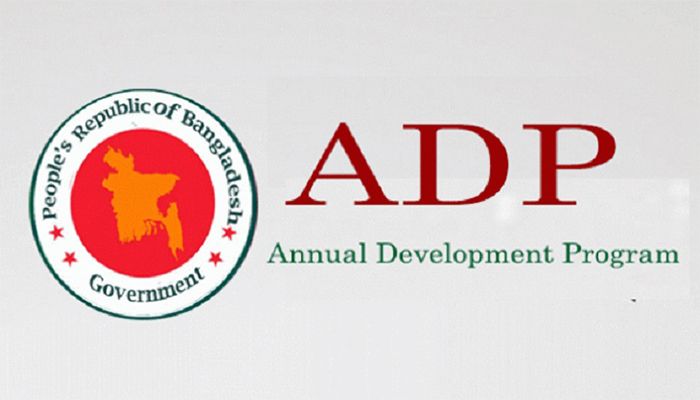 As economic activities, including development work, are gradually returning to normal after getting stuck for almost a quarter due to the coronavirus pandemic, the implementation of the Annual Development Programme (ADP) has begun to gain pace.

Unlike the recent past, steady use of assistance from the very beginning of the current fiscal year has helped implementing agencies post positive performance in fear of a downturn over the corona crisis, latest official data indicate.

Development work faced a significant backlash in the wake of government implementing a two-month country-wide general shutdown from March 26 after the novel coronavirus began creeping in the country.

Implementation of the yearly development plan of the government bounced back to 2.64 percent in August, Implementation Monitoring and Evaluation Division (IMED) data shows.

In July, the first month of the fiscal year 2020-21, it remained low at just 1.52 percent. In July, the conventional trend of introducing agencies in conjunction with the corona crisis held the implementation rate low.

“ADP implementation became stagnant due to Covid-19 crisis but it is gradually returning to normalcy as most economic activities are resuming,” said Dr Zaid Bakht, Research Director at Bangladesh Institute of Development Studies (BIDS).

The development analyst believes the government's development work moved from the second month of FY21 to a higher gear as project people entered work after the overall situation started showing signs of improvement.

The implementation of ADP generally remains low in the first half and accelerates in the latter half of the fiscal year, especially in the last quarter, as it has been a common practice for ADP implementing agencies.

Economic commentators have blamed this trend for too long as it contributes to the loss of hard-earned public funds and does not guarantee the quality of development work.

Public agencies still lack the capacity to enforce ADP, and according to experts, they can not cope with the increased scale of ADP outlay.

However, Zaid Bakht expressed hope that, given the loss of work due to Covid-19, the government could take some positive steps to speed up the implementation of ADP this year.

“I think the government will gear up things this year as we lagged behind in ADP implementation,” he said.

Despite remaining a bit  low, overall ADP implementation in the first two months stood at 3.89 percent, which was 4.48 percent in July-August of the last fiscal year, IMED data show.

In the current fiscal year, overall expenditure has remained rather low at Tk 83.51 billion, compared to Tk 96.26 billion a year earlier, when there was no similar situation with Covid-19.

Project assistance utilization, on the other hand, improved year-on-year to 3.19 percent this year from 3.13 percent a year ago.

The amount of money spent on foreign loans and grants was also slightly higher at Tk 22.52 billion this year, which was Tk 22.50 in the FY20 months of July-August, while the ADP allocation for this segment dropped from Tk 718 billion to Tk 705.02 billion.

Local resource spending amounted to Tk 57.73, or 4.29 per cent of local money allocation, down from Tk 71.14 billion in the last fiscal year.

ADP performance of top 15 ministries and divisions that increased ADP money by 81.63 percent also improved a lot in a month. After two months, their total achievement was 4.12 percent, even though their July success was just 1.67 percent.