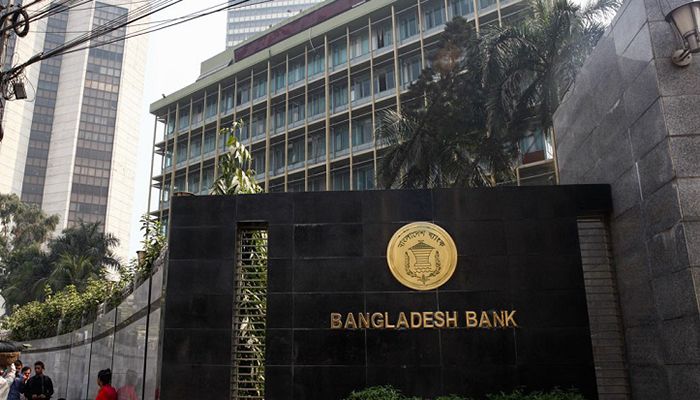 ﻿Bangladesh Bank (BB) has issued a policy imposing some conditions for banks to be followed in giving profit to the investors of depending on the capital saving rate.

Considering the financial viability of banks and the return of investors on banks' shares, the BB directed to follow the policy from now on in case of paying dividends against the shares.

The Offsite Supervision Department of BB issued a circular in this regard on Sunday and sent to MDs and CEOs of all the scheduled banks.

This instruction will be applicable for all scheduled banks in case of declaration of dividend for calendar year December 31 of 2020.

The policy states that all banks which are not subject to the deferred benefit already received from Bangladesh Bank to meet other expenses including provision protection or without availing any such deferred benefit in the calendar year 2020.

The banks having a minimum ability of 15.0 percent or more capital conservation, including a 2.5 percent buffer against risky assets, to be considered for proving dividend. All those banks will be able to declare a dividend of 30 percent with maximum of 15 percent cash as per their ability.

All banks which are not subject to the deferred benefit already received from Bangladesh Bank for meeting provision and other expenses or to avail any such deferred benefit in the calendar year under consideration are not less than 13.5 percent with a minimum of 2.5 percent capital conservation buffer against risk-based assets.

All the banks will be able to save, with the approval of Bangladesh Bank; will be able to declare a total dividend of 25 percent with a maximum of 12.5 percent in cash according to their ability.

Those banks having the ability to save a minimum of 11.87 percent capital conservation including buffer against risk-based assets, not under the deferred benefit already received from Bangladesh Bank to meet provisioning and other expenses, or without taking any such deferred benefit in the calendar year, can announce 15 percent dividend including 7.5 percent cash.

The banks will be able to declare a 12 percent dividend including 6 percent cash, has to following instructions.

The banks having the ability to meet other expenses including provisioning savings, with a capital conservation buffer and a minimum of 11.87 percent to a maximum of 12.5 percent are allowed to announce dividend 12 percent including 6 percent cash.

The banks having a minimum of 10.62 percent capital conservation ability including a conservation buffer maximum of 11.87 percent, can be announced stock dividend followed the central bank approval.