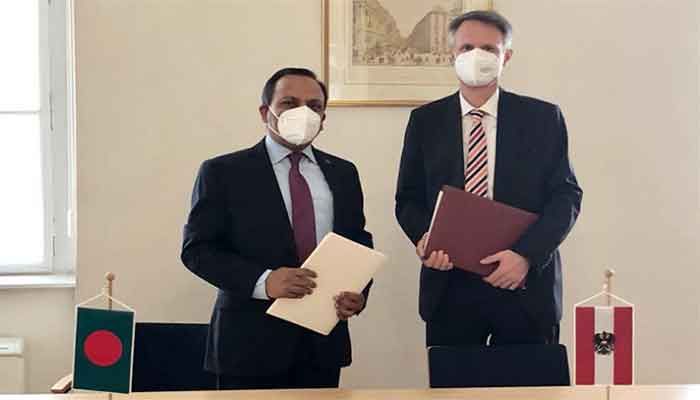 Bangladesh and Austria on Monday signed an Air Services Agreement in Vienna.

Bangladesh Ambassador to Austria Muhammad Abdul Muhith and Ambassador Andreas Riecken from the Austrian Ministry of European & International Affairs signed the Agreement on behalf of their respective countries, reports media.

The foreign ministry of Bangladesh confirmed the matter in a press release on Tuesday.

The Air Services Agreement (ASA) between Bangladesh and Austria is expected not only to boost the aviation business for the two countries, but also to increase the business-to-business and people-to-people connectivity, the press release reads.

"It is hoped that the Agreement will help turn Vienna into a regional hub for Central, Eastern and Northern European countries including Scandinavia, due to its unique location, for transportation of goods and passengers between Bangladesh and the region," it said.

In particular, both countries expected that this agreement would expedite the process of passenger and cargo flights to and from Dhaka in near future and expand business opportunities between the two countries, the release added.