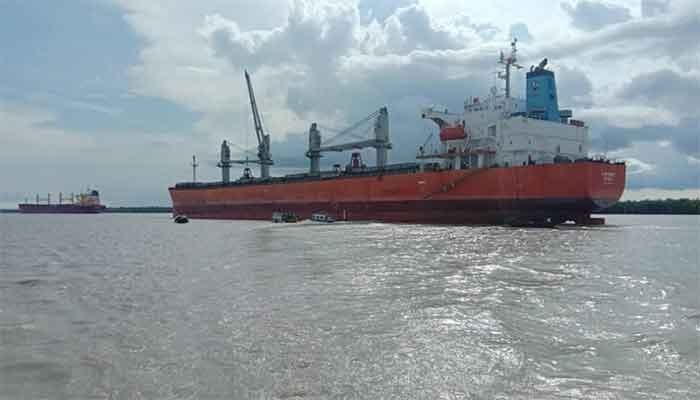 ﻿Despite the Covid-19 pandemic, the Mongla Port has made a new record of earning revenue Tk 340 crore by loading-unloading over 1.19 crore tones of goods during fiscal 2020-21 (FY21).

A total of 43,959 TUH containers were handled during the period at the port, reports BSS.

According to the Mongla Port Authority (MPA) data, one crore 19 lakh 45 thousand tons of goods were loaded and unloaded at the country's second-largest seaport during the FY21, up from 10 lakh tones of goods than fiscal 2019-20.

In addition, larger ships are now able to dock at the port jetty and the port authorities consider it one of the successes after completion of dredging of different river channels including Mongla-Ghasiakhali.

According to the statistics, the port has advanced after Chattogram port, prime port of the country, in all the three categories of container, cargo goods and shipping.

MPA Chairman Rear Admiral Mohammad Musa said despite having risk, the port was fully operational at this time of crisis to keep the country's economy afloat.

“We reached the record and it will increase our ranking,” he added.

He said Mongla Port is now earning record profit and it proves that Bangladesh’s economy is growing and its foreign trade is also increasing despite Covid pandemic.

Mongla Port Director (Traffic) Md Golam Mostofa said currently, on an average of 0.33 lakh import and export goods are being loaded and unloaded through the port every day and if high drafts foreign ships are docked in the future, the volume will increase