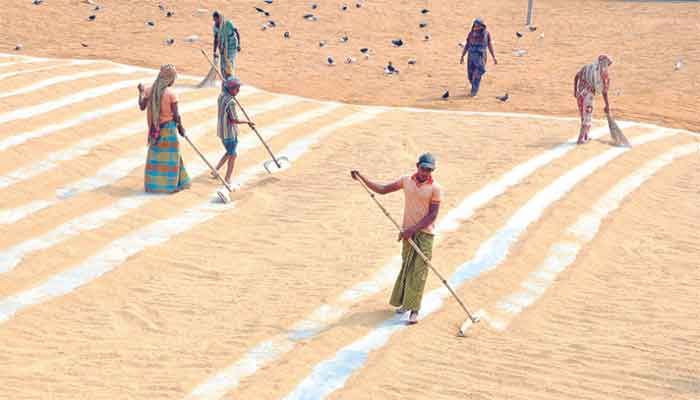 ﻿Global food prices fell in June for the first time in 12 months, according to a benchmark United Nations report released Thursday.

The FAO Food Price Index averaged 124.6 points in June 2021, down 2.5 per cent from May, but still 33.9 per cent higher than its level in the same period last year, reports media.

The decline in June marked the first drop in the Index, that tracks changes in the international prices of the most globally traded food commodities, following twelve consecutive monthly increases, said a FAO release.

The drop in June reflected declines in the prices of vegetable oils, cereals and, though more moderately, dairy products, which more than offset generally higher meat and sugar quotations.

The FAO Vegetable Oil Price Index fell by 9.8 per cent in the month, marking a four-month low.

The FAO Cereal Price Index fell by 2.6 per cent from May, but remained 33.8 per cent higher than its value in June 2020. International maize prices dropped by 5.0 per cent.

The FAO Meat Price Index also rose by 2.1 per cent over the month to June, continuing the increases for the ninth consecutive month and placing the index 15.6 per cent above its value in the corresponding month last year, but still 8.0 per cent below its peak reached in August 2014.

FAO’s forecast for global cereal production in 2021 has been lowered marginally to 2,817 million tonnes. However, the figure remains 1.7 per cent, or 47.8 million tonnes, higher than in 2020, which would mark a new record high.

By contrast, the forecast of global rice production in 2021 has undergone a slight upward adjustment since June, with a record of 519.5 million tonnes of rice now expected to be harvested in 2021, up 1.0 per cent from 2020.

The effects of the Covid-19 pandemic, primarily in terms of income losses, have exacerbated vulnerabilities and heightened existing levels of food insecurity.

FAO assesses that globally 45 countries including Bangladesh are in need of external assistance for food, with conflicts and climate-related shocks continuing to underpin the high levels of severe food insecurity.