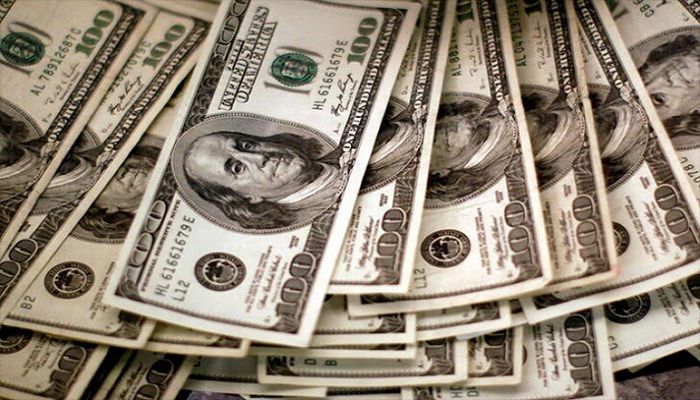 Four thousand U.S. dollars are counted out by a banker counting currency at a bank in Westminster, Colorado November 3, 2009. || Reuters Photo: Collected

The safe-haven dollar traded near its highest in more than nine months against major peers on Monday, while commodity currencies like the Aussie languished amid worries that the Delta coronavirus variant could derail the global economic recovery.

The dollar index, which measures the currency against six peers, was little changed at 93.468 from Friday, when it climbed as high as 93.734 for the first time since November 4, reports Reuters.

A surge in Covid-19 cases prompted the Federal Reserve to move its annual Jackson Hole, Wyoming symposium to an online format to be held this Friday, raising questions about the central bank's broader assessment of the Delta variant's economic impact as it inches toward tapering stimulus.

Fed Chair Jerome Powell, who has thus far mostly played down the repercussions, gives a speech at the event on the economic outlook.

The dollar has also been buoyed by speculation the Fed could start to ease back on asset purchases this year, but a delay would not necessarily dent the currency, according to National Australia Bank (NAB).

"This can just as easily play out USD positive as negative, from a risk sentiment/safe-haven USD demand perspective," Ray Attrill, NAB's head of currency strategy.

Meanwhile, rising infections and new restrictions in Australia and New Zealand are keeping those currencies heavy, he wrote.

"It remains premature to call an end to this down move" in the Aussie, Attrill said.

The Aussie edged 0.1 per cent higher to $0.7145, but remained close to Friday's nine and a half month low of $0.71065. About 60 per cent of Australia's population of 25 million is now under lockdown, with infections at a record.

Asia-Pacific has been particularly hard hit by the fast-spreading Delta variant, with vaccinations lagging places like the United States and Britain.

Apart from Australia and New Zealand, South Korea and Vietnam have extended or tightened restrictions, while Japan shifted strategy by tripling Covid-19 tests as daily new infections soared to a record on Friday.

The yen, another safe haven, was largely unchanged at 109.835 per dollar, consolidating in the centre of the trading range of the past month and a half.