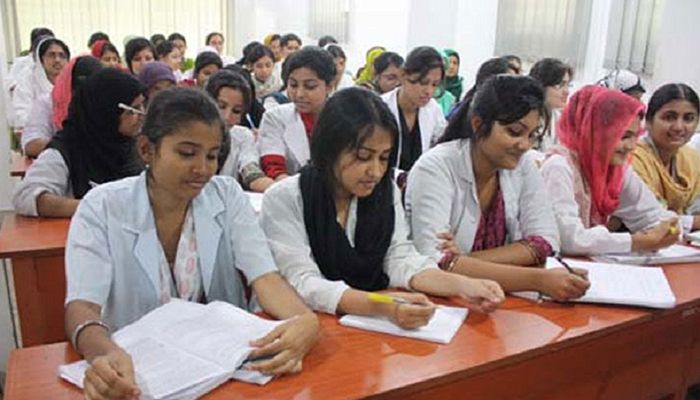 ﻿The cabinet on Monday gave the final approval to the draft of the Private Medical College and Dental College Act, 2021 to ensure discipline in private medical and dental colleges by bringing those under law from two separate guidelines.

The approval was given at the weekly cabinet meeting held with Prime Minister Sheikh Hasina in the chair.

The Prime Minister virtually joined the meeting, held at the Bangladesh Secretariat, from her official residence Ganobhaban.

While briefing reporters after the meeting, Cabinet Secretary Khandker Anwarul Islam said a medical or dental college must have at least 50 students while its teacher-student ratio will have to be 1:10 as per the proposed law.

A medical college needs to have at least two acres of land in any metropolitan area while the land requirement for the dental college is one acre, he said.

For setting up a medical college outside any metropolitan area, the land requirement is four acres and it is two acres for a dental college, said Anwarul Islam.

For a medical college, an amount of Tk 3 crore will have to be deposited with any commercial bank and Tk 2 crore for any dental college as reserve funds.

The cabinet secretary said the authorities concerned will inspect such colleges and hospitals from time to time.

He also said medical and dental colleges will have to be affiliated with any public university.

Anwarul Islam said the government will fix the academic fees for medical and dental colleges.

Besides, he said, private medical college or dental college authorities will have dispose of their wastes in a scientific manner.

In the case of violation of the law, the Cabinet Secretary said, the maximum punishment will two years of imprisonment or a fine of Tk 10 lakh or both.

Currently, there are some 70 private medical colleges and 26 private dental colleges in the country.

The cabinet also gave the final approval to the draft of the Territorial Waters and Maritime Zones (Amendment) Act, 2021 to make it a more time-befitting one.

The cabinet secretary said that the old law, which was enacted in 1974, has to be amended amid the evolving situation.

The cabinet also approved in principle the Bangladesh Oil, Gas and Mineral Resources Act, 2021 for scrapping two ordinances in this regard that were promulgated in the military regimes in 1976 and 1986.

There will be a corporation for which the authorized capital will be Tk 5000 crore while the paid-up capital Tk 200 crore. The corporation will have a chairman.

As per the proposed law, it can form a company, too.