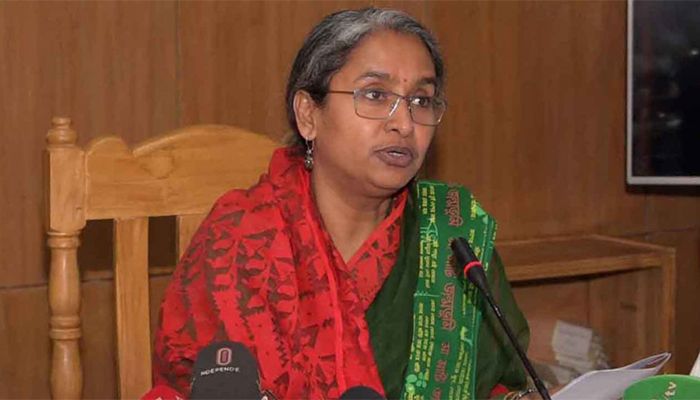 ﻿Failing to create unrest in the country, a quarter with a vested interest in trying to devise communal incidents at educational institutions, Education Minister Dipu Moni said today.

Action will be taken if anyone is found involved with attempts to instigate or create "communal incidents" at educational institutions, the minister said while replying to a query from reporters.

She spoke to journalists before attending a function organised by the district administration at Chandpur Circuit House around noon today, a correspondent from Chandpur reports.

"I believe that these attempts (to plan and create communal incidents) will never be successful," she also said.

The minister further said, "We are vigilant. People of our country believe in a non-communal spirit. People have respect for teachers. That's why I urge teachers to be vigilant in these cases."