Three Including Nasser Shahrear Zahedee Member of Regent of JUST 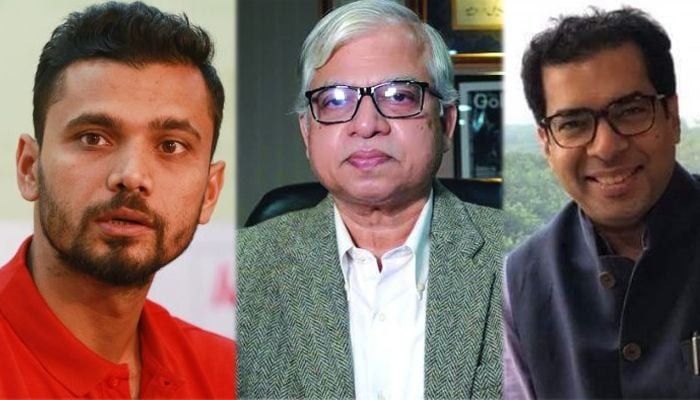 This information was revealed in a letter signed by MST Rokhsana Begum, Deputy Secretary of the Ministry of Education, dated today Monday (November 21), and last November 15. The above mentioned three have been nominated for the next three years.

In addition, on November 15, in another notice of the ministry, the executive director of Zahedee Foundation and chairman of Radiant Pharmaceuticals Nasser Shahrear Zahedee was nominated as a member of the Board of Regents of JUST.

In this regard, Abdur Rashid Arnab, assistant director of the public relations department of JUST, said that the members have been nominated for three years. Before this, Member of Parliament Kazi Nabil Ahmed was a member of the Board of Regents. However, one member of parliament was vacant.

Regarding Mashrafe's nomination to the Board of Regents, former athletics coach of Bangladesh Sports Education Institution (BKSP) and Deputy Director of the Physical Education Department of JUST, Abdullah Kafi said that the nomination of athletes like Mashrafe Bin Mortaza to JUST Board of Regents will play a unique role in the progress of sports education in the university. The place JUST has made in the sports arena in a short time will be accelerated by his coming to the Board of Regents, I believe that he will be able to fulfill all the demands and suggestions that the students have regarding sports.