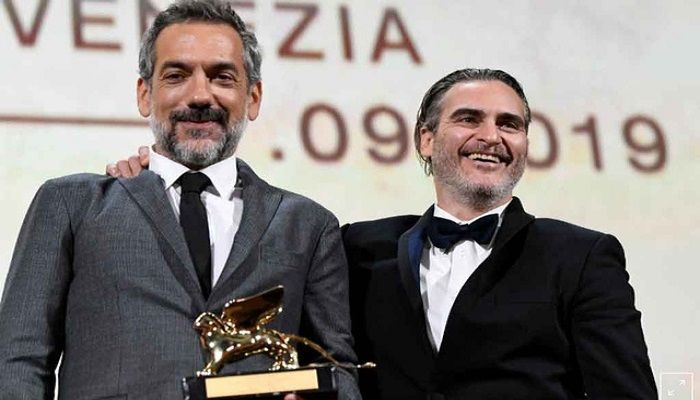 ﻿“Joker,” directed by Todd Phillips, was awarded the Golden Lion for best film at the 76th Venice International Film Festival on Saturday by a competition jury led by Argentine filmmaker Lucrecia Martel. The film received fervent attention as well as critical praise for its portrayal of its troubled, murderous central figure, drawn from the DC Comics character and played by Joaquin Phoenix.

The award for “Joker” came on the heels of an unexpected high-profile honour for a new film by Roman Polanski. The Silver Lion, the penultimate prize, went to Polanski’s “An Officer and a Spy,” a retelling of the anti-Semitic persecution of French army officer Alfred Dreyfus.

Polanski, who fled the United States four decades ago while awaiting sentencing for statutory rape, remains a flashpoint for controversy and was expelled from the Academy of Motion Picture Arts and Sciences in 2018. French actress Emmanuelle Seigner, who is married to Polanski and in his new film, accepted the award on his behalf. Polanski did not attend the festival.

The festival remained under close scrutiny amid concerns about the selection of Polanski’s “An Officer and a Spy”, especially given the low number of female filmmakers in the competition. Disagreements played out in public after Martel, the competition jury president, made early worried comments about Polanski’s film.

In addition to “An Officer and a Spy,” the festival also screened “American Skin,” by another controversial director, Nate Parker. Parker’s acquittal on rape charges during his time in college gained new attention after his film “Birth of a Nation” premiered at the Sundance Film Festival in 2016. Parker’s “American Skin” won a prize in Venice’s Sconfini section.

Geopolitics came to the fore in acceptance speeches. Accepting the award for Best Screenplay for the animated feature “No. 7 Cherry Lane,” director Yonfan spoke out in support of freedom in Hong Kong. Amjad Abu Alala, who took home the Luigi de Laurentiis award for “You Will Die at 20,” mentioned in his acceptance speech the new government in Sudan. Barbara Paz, who accepted the Venice Classics Award for Best Documentary on Cinema for “Babenco — Tell Me When I Die,” spoke passionately against censorship in Brazil.