Depp, Rylance clash in 'Waiting for the Barbarians' 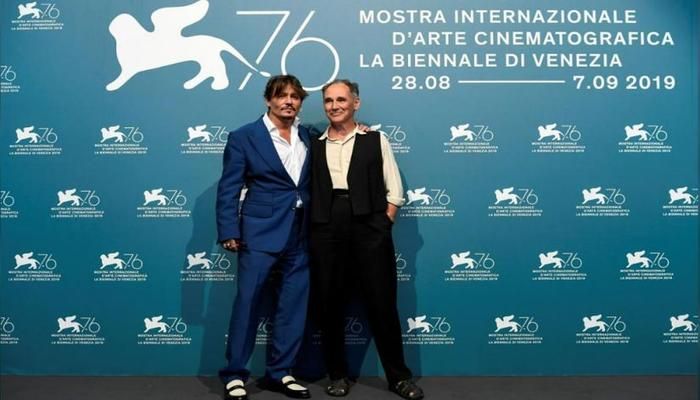 ﻿Hollywood star Johnny Depp turns into a cold and cruel officer in “Waiting for the Barbarians”, a drama its cast and director say may be set in a faraway desert outpost but is relevant to today’s world.

The movie, adapted from the 1980 novel by J.M. Coetzee, stars Oscar winner Mark Rylance as The Magistrate, a down-to-earth and well-liked administrator of an isolated border outpost, which is part of an unnamed empire.

When Depp’s Colonel Joll arrives for an investigation of potential future attacks by “The Barbarians”, his brutal methods with dealing with the supposed enemy shock The Magistrate.

The treatment of one young woman particularly affects him and The Magistrate, who is never named, soon begins to question his loyalties.

“It felt all too relevant to today in many ways in a lot of different places in the world,” Depp told a news conference at the Venice Film Festival where the movie premiered on Friday.

Wearing dark metallic sunglasses, described as “menacing” by Depp, Joll from the outset wants to make The Magistrate feel uncomfortable.

“I find the most interesting thing about bad guys throughout history ... those people don’t wake up in the morning and while they’re shaving swear to themselves ‘I’m going to be the meanest worst human being, I’m going to cause as much havoc as possible’,” Depp said.

“(Joll) seemed very different to me than a bad guy ... If you try to think how is a man like that built, how do they arrive at that place ... Joll is to me a series of very strong protective walls that he’s built ... to escape feeling.”

In an interview with Reuters, director Ciro Guerra said that when he first embarked on the project, “it felt like an allegory of a distant place and a distant time”.

“And by the time it’s finished it is now a film about today and here and now.”

Rylance’s Magistrate is nearing retirement when his world is turned upside down. He appears helpless but soon takes matter into his own hands even if it costs him.

“This film has the potential to raise a lot of compassion and empathy and yes, certainly, when I first encountered the story it made me ask a lot of questions,” Rylance told Reuters.

“Waiting for the Barbarians” is one of 21 films competing for the Golden Lion prize at the festival, where Depp’s daughter Lily-Rose Depp premiered her film “The King” on Monday.

“It’s just amazing. The only thing it can do is bring a smile to my face,” Depp said when asked about his daughter’s acting career. “I’m very proud of her, she’s impressive. She’s my god, she and my son, they’re are my gods.”