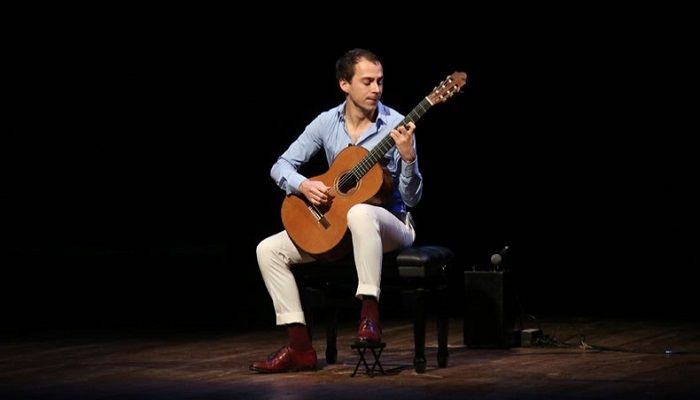 ‘Thibault Cauvin is an exceptional French guitarist who has performed in 120 countries across the globe. The event aims to facilitate cultural exchange between the two countries,’ said Olivier Dintinger.

‘I am visiting Bangladesh for the first time. I am really excited to be here today. I hope the music lovers will enjoy the show,’ said Thibault Cauvin.

The event concluded with a duet performance of Cauvin and Bangladeshi flautist Abdul Hakim.

Cauvin has been touring extensively for 15 years. He has played in some of the most prestigious halls around the world including New York Carnegie Hall, the Moscow Tchaikovsky Hall, the Shanghai Concert Hall, the London Queen Elizabeth Hall and others.