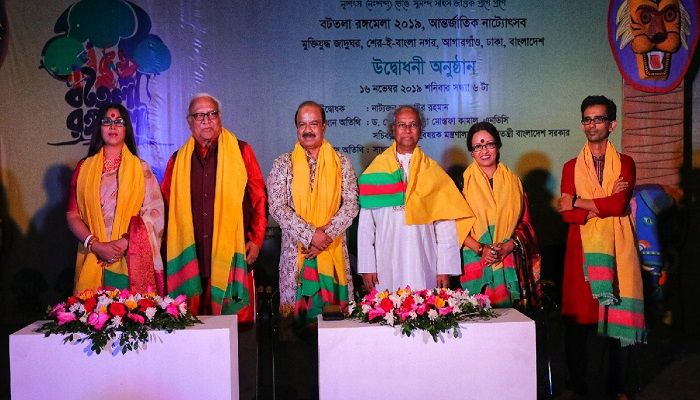 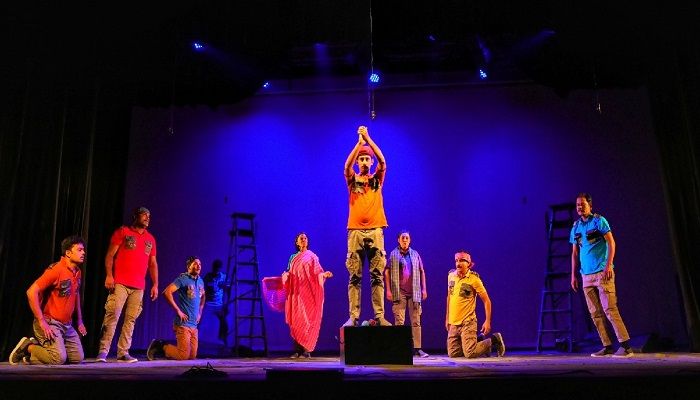 ﻿International theater festival ‘BotTala RonggoMela 2019’ kicked off at the Liberation War Museum in the city on Saturday.

A total of 10 troupes from five countries – Bangladesh, India, Iran, Nepal and Spain -- are set to perform in this year’s festival.

Two troupes from Bangladesh, including hosts ‘BotTola,’ and eight other international troupes will stage their plays from 7:30pm every day till November 26.

Crutch-er Colonel (Bangladesh) was staged as the opening play at the Liberation War Museum auditorium on Saturday evening. Presented by BotTala, the play is adopted from Shahaduz Zaman’s novel with the same name and directed by Mohammad Ali Haider.

Legendary theatre personality, playwright, director and actor Mamunur Rashid will be honoured with the lifetime achievement award at the concluding ceremony of the festival on November 26.

Also following the tradition of the previous years, eight divisional theatre activists who have been working diligently to promote theatre in the country will be awarded at the festival.

For the first time, the festival will also honour 10 prolific associates behind the scenes who had been working as unsung heroes for years as the light, make-up, sound and stage assistants.